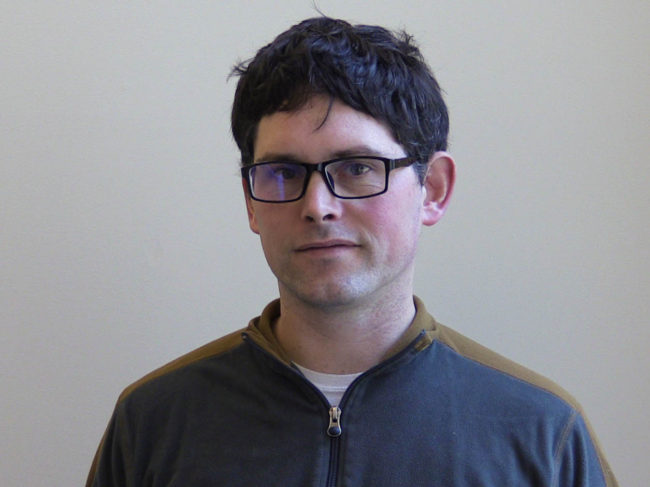 Highest level of education: Currently a third-year undergraduate at University of Alaska Southeast

Do you support school choice or vouchers? I think that they’re probably a good start. I think they’re well-intentioned and they probably still need work, but as they sit I would say, yes, I support them.

Do you think creationism should be taught alongside evolution? I think that all perspectives should be at least highlighted as existing.

Should high school students be able to come and go from their campuses throughout the school day? As long as it’s structured and (with) parental permission, then yes, I do.

What was the last book you read or what are you reading now? “The Art and Science of Teaching” by Robert J. Marzano.

Well, that’s a trick question almost. I think we need to be instilling in our children adulthood, how to be an active citizen. I think that’s something that our culture is not doing that well — I wouldn’t pick on Juneau in particular in that aspect. We can revamp our methods of instilling the interest of learning in the children more than the facts and figures I think.

I’m a big advocate of pre-kindergarten education. I feel that it needs to be done properly, but that we’re also almost too late by the time we’re entering our children into kindergarten. Their love of learning has already started to wane and the spark is kind of gone. So, absolutely, I think that early childhood education, done properly, is an absolute must.

I think that anonymously, yeah, that that’s good data to have. As long as it’s a voluntary questionnaire and it’s anonymous. I think it’s OK to be asking those questions, because they’re topics that are real life; they’re things that we can’t steer away from just because we’re afraid of them. If we don’t talk about them they’re still going to happen. So, they’re things that need to be addressed, and I think that more information is better.

I’m a big advocate of …  (I’ll) plug the Khan Academy directly. They’re really cool. One of the main advantages is that you can adopt their curriculum for free and make great use of it. The student can learn at an independent rate. That takes the teacher off the stage and makes them a side player in the classroom, which allows a child that has a particular detail that they’re stuck on to focus on that and actually learn it before the class is forced to move on. And likewise, somebody that is advanced in that particular subject can move forward at their natural rate. So, something like the Khan Academy is great.

As far as big data, that doesn’t seem as such a concern in that particular aspect because the data gets anonymized. But the learning can be individualized and I think that’s an absolute key. I think that embracing the technology is absolutely essential. We’re spending a lot of money on new curriculums every year and I think that this could be a cost-saving measure as well as an education-enhancing measure. I think embracing the technology is good.

That’s definitely a tricky, modern question. I think that you could probably look back at the locker argument. When I was in high school, it was an argument whether that was your private space or not. Walking around the high school now, there’s big signs posted that say these are subject to search. So, that argument sounds like it’s pretty much run its course. And on school property, on campus, everything is subject to search. I think that’s probably a pretty decent policy.

That being said, somebody’s personal social media probably should not be monitored per se. Maybe the use of it on campus — it should be well known that it’s not private and there should be some monitoring. I think the next step on that would be rather than being afraid of these things, the school can start its own social network and then there would be two. There would be the child’s personal one that does not get monitored and does not get used at school, and then there’s a school-based one that can embrace academics as well as social media. Even if they used, say, Facebook, they could have their school account on Facebook and it could be a more properly used tool.

Common Core is a good core to start from. I think that overemphasizing it and throwing out everything else … I think that that is overemphasizing. Like an apple needs a core, but it also needs the apple. We have to make sure we keep these life skills being taught. Music is something that was big in my education, the arts — all these things are very important.

As far as what do I think about the Common Core? They’re good too. Math is important. Being able to read helps you with all other subjects. You know, these are important subjects as well. So, maybe it’s overemphasized, but I definitely would say it’s important.

Extracurriculars here in Alaska are pretty awesome. The children get to go to remote places and that in itself is a great experience. That is its own educational function. So these are programs that I would say absolutely need to be funded, and absolutely need to remain.

The source of the funding is maybe the bigger question. I think that we can be more creative. I think that there is money out there. I mean, just to throw out a fresh idea, off the cuff, what about approaching professional athletes and suggesting a donation from them? I mean, there’s money there, they’re into sports. I don’t know that that’s the answer, but creative ideas like that may be the answer.

Should they be able to opt their children out? Yeah, I think so. I think that those are skills that the child will be subjected to, those real life scenarios. So opting out might not be the most advantageous thing for the child, but having the right to opt your child out — yes, I think that should be your right.

The problem is “brain drain,” right? I think Juneau doesn’t need to sell itself too hard. I think this is such a great community. Children a lot of times need to leave where they grew up, just by the nature of that; That’s true anywhere you go. How do we get them to stay here? I think we let them go, you know, like let true love be free, right? I think … let them see the rest of the world. I believe that they will come back because this is a really special place.