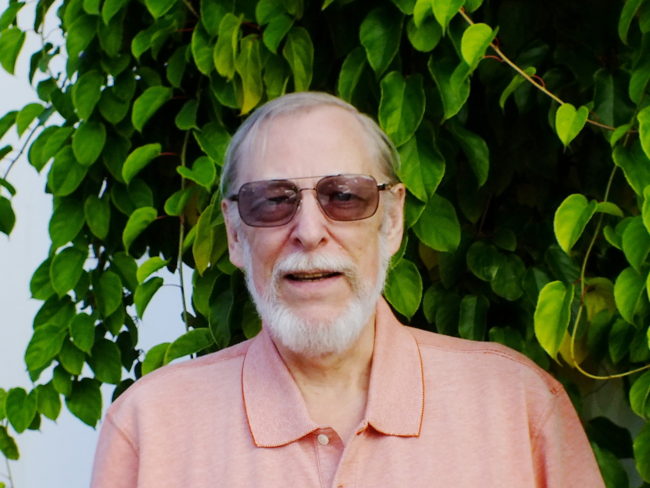 Would you support a plastic bag ban? Yes.

Is climate change caused by people? To a large extent, it almost has to be.

How did you vote on marijuana legalization? No.

Do you support the city subsidizing Eaglecrest Ski Area? Yes.  I don’t view those as subsidies.

Sales tax holiday? I don’t think that I would support that right now.

Would you support an ordinance banning discrimination against lesbian, gay, bisexual and transgender people? Yes.

What’s on your iTunes playlist? I just added two Pink Martinis. A lot of Il Devo, Phantom of the Opera, Les Miserables. A lot of Billy Joel, Jersey Boys and Pointer Sisters. Eclectic enough for you?

We need to try to make sure that positions that ought to be here in Juneau, stay in Juneau. Positions that have been moved out, if we can get those back, that would be really good.

I think we need to work hard with our delegation to assure that job losses are kept to a minimum. Those persons retiring, we need to have a younger workforce that’s willing to come to work and can replace those workers and keep those jobs in Juneau. If the state is going to contract, we need to still provide new workers for those who are retiring, for those who have moved out for whatever reason. We need to look at the education, the university, how we can attract new workers to Juneau.

To make up that revenue would have required that we increase our sales tax from 5 percent to 6 percent. There was a vote held in late July in our Finance Committee whether or not we should prepare a ballot for this October election. That didn’t pass.

It is one of the things that I think we’ll look at during the budget cycle this time, whether or not that’s something we want to look at for the next election. I know there was a lot of concern of those who testified (in September) before the assembly about a sales tax, whether it’s regressive, whether it unfairly targets the poor, who pays, who doesn’t. So, sales taxes are always a big issue.

We may also have to look at if, in this legislative session, the state puts on a sales tax. If that were to happen, I don’t know what we would do. Initially, we would have to add it to our sales tax. But whether or not we would want to adjust our sales tax? It’d mean a loss of revenue to us and more revenue for the state.

Comments I have from people the time I did a ride-along with the police, I think that it’s really clear that the police have a pretty good relationship with the public in Juneau. Body cameras are in response to lots of national issues of overreaction, of violence, of violence on both sides.

I think that we probably have a severe drug problem as most small communities have. I think that we’ve had some very recent deaths due to heroin overdose. I think that the police department, postal service, border patrol, customs, troopers, all of those individuals are working on trying to stop the importation into the community of methamphetamine or cocaine, or heroin, but it’s going to be here.

I think that we will potentially have some more enforcement because officers won’t be trying to enforce marijuana laws. Those have changed. Other than that, the city doesn’t have a large role other than to be a voice to help support the nonprofits that deal with prevention and treatment. To deal with the police department, we can try to through social service grants and those kinds of things to fund those services. But most of those are services are funded through state and federal (government).

I guess I’m going to plead the Fifth on that one since I’m on the state Marijuana Control Board and we do have a set of regulations out for public hearing.

I’m going up to Anchorage for two days of meetings on those regulations. We’ll probably — at the end of that — put those back out for public hearing. So, I really think I need to keep my comments down until we get those regulations adopted in November.

I think the city is looking at some fairly reasonable zoning issues right now related to marijuana. Under the initiative that was passed, the regulations under consideration leave those issues of place, time and manner to the local communities. I think we have to come up with some zoning. We have to make it reasonable.

There are four types of licenses that will be issued: cultivation, testing, manufacturing and retail. Those will be issued by the state Marijuana Control Board that I’m on. Where those are placed is up to the local community.

In my mind, nothing. I think the city over time has added services, decreased services based on either revenues or perception of who could do it better.

When I first moved to Juneau, I worked for the city. I was an alcohol counselor in the city-run alcohol program. The city had a social service department. The city decided not to do that anymore. So, JAMHI formed, and you have Rainforest Recovery (providing transportation) to the hospital. Gastineau Human Services took over many of the (remaining) services.

I think we should try to find some way to help the social service providers in town, to help out the nonprofits in town that provide shelter, food and care for the most vulnerable of our population — children, adults, seniors, homeless.

But those services are funded with state and federal funds in many ways. That’s going to be difficult to be maintained. I think the city may have to step up and add a few more dollars to the pot if the state and federal governments cut back too severely. I think that we need to help with assisted living for seniors. And I think we need to divest a little bit more of our land to developers for housing.

With blighted private properties in Juneau, do you prefer a laissez-­faire approach, like with the Skinner Building, or something more aggressive that risks the taxpayers’ money, like with the Gastineau Apartments?

I think on those kind of properties — if we’re taking specifically about commercial properties and downtown properties — I sort of fall in between on that.

I think with the Gastineau Apartments, in particular, I’ve been arguing that we probably should have taken those through some eminent domain process. I think we would’ve moved this along a little faster. But the majority of the assembly disagreed with that. They wanted to try to get the owner to be more responsive to take care of their own private property and keep the property on the tax rolls. If we were to take it with eminent domain, then we would have to use it for a public purpose. We were struggling with how to define what that public purpose might be.

We also have an ordinance being drafted that might give us an opportunity to forgive taxes for up to 10 years if a building is in disrepair. I think the assembly is … willing to do that, but for new owners. I think if we we’re going to give a tax break, we would want to give it to the individuals who bought that property (and) want to improve that property.

I think, overall, we have a pretty good balance. We just recently altered some of the issues around subdivisions. We moved small subdivisions from one to four lots, up to 13 or less. Those — instead of going before the Planning Commission — will go to the director of community development. Staff will still do the analysis, but the process would be a little bit quicker. We have changed some of those kind of requirements to make it easier for people to develop land that they already own.

I think they want to settle the question, does the (Alaska) Constitution require the state and the state only to fund education? I don’t know where they’re going to come down. I’m hoping that if they do come down, they come down with some sort of mechanism that can give some direction to the legislature on what they need to do.

My biggest fear is that they will agree with Ketchikan and not give a lot of guidance. The legislature then will just do a complete revamp over a year or two years of the way they fund schools. It may very well end up that the state pays more, but they’ll take a lot away from the communities, revenue sharing, what they do with capital projects. If they have to come with $230 million to $240 million more, I can see the first thing that would go would be $50 million revenue sharing for all of the communities. I think that would be devastating for rural areas.

So, there’s a lot of implications (with regard) to the direction that the Supreme Court takes. Saying that, I’m not a lawyer and I’m not a judge. I listened to an hour of the (hearing); I’m not sure how I would rule if I happen to be in that position.