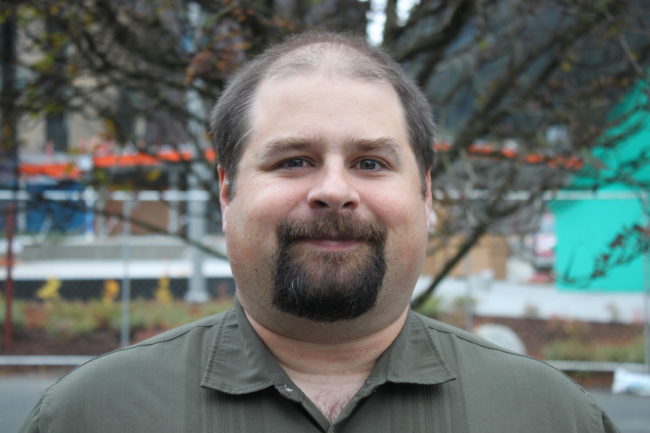 Previous government or other relevant experience: I work in a government job, so I’m familiar with allocative and controversial decisions because I make those all the time.

Should high school students be able to come and go from their campuses throughout the school day? No.

What was the last book you read or what are you reading now? “Aurora” by Kim Stanley Robinson.

I think schools should educate for both education and the workforce. Education is pivotal in our society in that it creates opportunities, and without that education, students might not know what they want to do with the rest of their lives. However, the school district should also provide those life skills necessary for non-college bound students to work in the work place, so I believe that both is necessary in the school district.

Pre-K should be universal. There’s decades of research that show it’s beneficial throughout their education career and there’s also a lot of economic analyses that show it has the single greatest payoff of any political policy. I agree that we’re in a tight budget time and that allowing the pre-K education to be universal regardless of cost is probably unrealistic at this point in time. However I do believe that parents and the community could organize to express these concerns to the legislature and we could try to get more pre-K in the school districts because in the end run, we’ll save money.

I’m comfortable with the collection of any information as long as it’s done in a non-biased and a comprehensive manner. The problem with surveys, however, is I’m not sure how accurate they actually do portray what our students are involved in, especially with these sensitive topics. Collecting that information gives the school district and other leaders of the community the information that they need to analyze and implement programs. However, we need to look at how those questions are asked and what the error rate is around those questions.

I think that the evolution of education with these programs is important. Having data at our fingertips is making the society more informed overall.

I personally use Khan Academy a lot with my kids at home. I think it’s a great resource for teaching, especially math education but also some of the science curriculum that they have associated with it. I know that the schools use Google Docs. I’ve experienced that at the high school classroom where the students were all working on those candidate profiles and, as I was standing there, I was watching the words pop up as other students across the room were editing the other candidate’s profile.

That’s an interesting question in that, where does school end? I’m a firm believer that education doesn’t end when you leave the school, but I also believe that private lives that occur outside of school should be that – private. It should be between the parents to monitor those social media presences and everything else. I know that’s a challenge when you’re trying to monitor online bullying and everything. However, the school district should track those types of things, but not invade our personal lives.

I think Common Core is interesting in the fact that it provides those metrics that are needed for a school district to figure out where students stand when compared to the nation. However, the problem I have with Common Core is that it removes creativity from the classroom and it almost, for lack of a better word, dumbs down the general student population to the lowest common level. From that aspect, I’m not a huge supporter of Common Core because it does remove the creativity in the classroom and it does prevent teachers from expanding on certain subjects where they would like to expand, teachers that might be more effective in teaching one subject and may inspire that student to go into a profession based on science or something.

For some students, extracurricular activities are their whole reason they go to school, it’s the whole reason they perform and get the grades necessary to travel, so it is an incentive to keep those students in school. So from that aspect, the school should be supporting some of those activities to encourage that.

It’s also important for their social development. Traveling and team sports and becoming a team player and everything is important education that is learned through those programs.

So I do believe that the schools should support those. However, with the budget concerns that we have, there has to be a recognition that, from my standpoint, if it comes down to a budget scenario where (it’s) fund an activity or (it’s) fund a teacher and get the necessary knowledge, I’m always going to side on the side of education.

I do know that the school district gives the parents the notice that they’re going to teach this type of information and I think it’s important education that the kids should receive. From the aspect of Erin’s Law and respect and reducing the rates of dating violence and sexual assault, I don’t believe that parents should have the opportunity to opt their kids out of that education, because you could create situations where a kid that is an abusive home might not be shown what the resources are to get out of that abusive home.

That’s a complex question in that there’s a lot of things that are preventing our young students to return to Juneau and live as a young adult here in this community. Housing is one of those. Another thing is the student loan debt that is accrued by those students. Personally speaking, I graduated in four years and I still had significant student loan debt. In living here in this community with three roommates and an entry level government job, I was barely able to survive. From a school district standpoint, the school district should be focusing on providing those opportunities of college preparation to get those kids graduated in the least amount of time for those college-bound students so they don’t accrue so much student loan debt that it creates yet another barrier for them to return to Juneau.