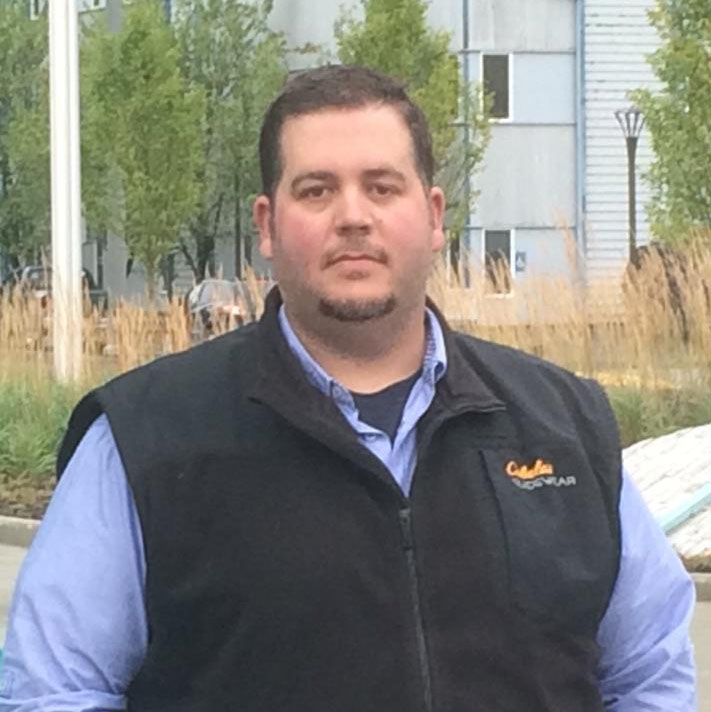 Previous government or other relevant experience: 2015 candidate for school board

Highest level of education: Graduate of the Spartan College of Aeronautics and Technology

What was the last book you read and/or what are you reading now? “The Revenant.”

Just listening to people’s comments and concerns, the issues that they think need to be addressed. That’s a lot of the same. The common one is class sizes, can we do anything for that? As of right now, probably not. Just looking at some literature that the school board has provided for review, and just being open to peoples’ thoughts and recommendations.

Well that’d be presented to people that I thought would have the answer, or get a group together to address the question that’s been presented. Obviously, I don’t think anybody has all the answers to every question so I don’t want to, I guess just take my idea, or what I think is right then, and press it upon people. I’d rather take the group, or community approach and get as many people involved as we can because, in the end, we’re all looking for the same result of the betterment of the kids’ educational experience.

My personal opinion is I’m not for the, I assume you’re referencing the Common Core. I think … what it’s intended for is a good idea, but I don’t agree with the way it’s currently being used. I think it leaves too much out there for, even though we’re not supposed to be leaving students behind, for students to get left behind, and then creating too big of a gap in between students. In a classroom, you’re obviously gonna have the students that pick everything up well, you’ll have students that pick everything up with a little bit of help, and then you’re gonna have students that pick stuff up with a lot more help. And that just creates more of a gap in the classroom experience.

Well first and foremost is making sure that we’re giving the students the best experience we can. There’s obviously gonna be hard cuts. I’d like to sit here and tell you I think the worst of it’s over, but I still think we probably have another year or two of hard cuts before we actually get something established, and can possibly start working the other way. Money-wise, until the state’s bringing in more money through oil revenue or something along those lines, or a natural gas pipeline, we’re probably not gonna see any increased funding. So it’s probably time we’re gonna have to start looking at a sales tax or an income tax. There’s gonna be a lot of people in the community that’s not for it. Whether it’s an elderly couple that doesn’t have kids, or grandkids in the school system, that they feel they shouldn’t have to put money towards that, but for the best experience of our youth, it’s something we’re gonna have to look at.

I don’t think it should determine the bathroom they use. I think the best way to remedy that situation is to have the possibility of just a gender-neutral bathroom in the schools. I do think as far as athletics go that it should be driven off the birth certificate, but for other activities, it doesn’t necessarily make a difference.

I personally believe it’s hurting students. I think we put a little too much emphasis on the standardized testing. There’s, again, you’ll have students that excel at testing, some that do OK at it, and some that when they get a test in front of them just kind of melt down, so I think maybe once a year is probably enough testing. My thought would be in the spring after you’ve had some baseline for them to learn, and then test what they’ve learned. I know this year, returning to school, I believe the second week in they had three days of testing. At that point, after a week,  your student hasn’t even had an opportunity to get back into the flow of school and everything, so I think getting more back to teaching, and a little less of this one, two, and three-day testing would be something definitely positive to look into.

Yeah, the ability to get them involved at a young age is really what we need to look into. I know the school district just received a grant to begin a pre-K program which would target children anywhere from 3 to 4 years old, to get them involved in the school system early when they’re more adapted to soak everything in, as opposed to having them show up at a kindergarten class for the first time when they’re 5 or 6, and expecting them to automatically conform to what we want them to do. So if we can get that going off the ground, I think in two or three years we’d see a definite improvement in scholastics.

Yeah, definitely in the world we live in I think we need to incorporate everything we can. Culture in Juneau and Southeast Alaska is definitely a huge thing. But at the same time, while I’m for it, in this current fiscal state, I don’t know if it’s something we can necessarily look into right now, and bring in without some form of outside funding and again, whether that’s through sales tax or an income tax or the possibility of something being funded through a grant, or maybe outside of the cap with the assembly.

Well, I think it’s important, it’s one of the platforms I ran on last year. And while I still contend that it’s important, because there’s a lot of students that really go to school for the extracurricular activities, whether it be sports, band, drama, debate, whatever the case is, and I think … if we totally eliminate those, then you’re taking the desire or the want out of a lot of the population of students. In the end, it needs to be more about education than activities, but I’d like to see us do everything we can to keep both going. I know the assembly is funded outside of the cap this year for high school activities, so that’s a great thing, but that’s another thing we don’t know if that’ll be every year, or a year-to-year thing, so it’ll be something that has to be constantly reviewed.