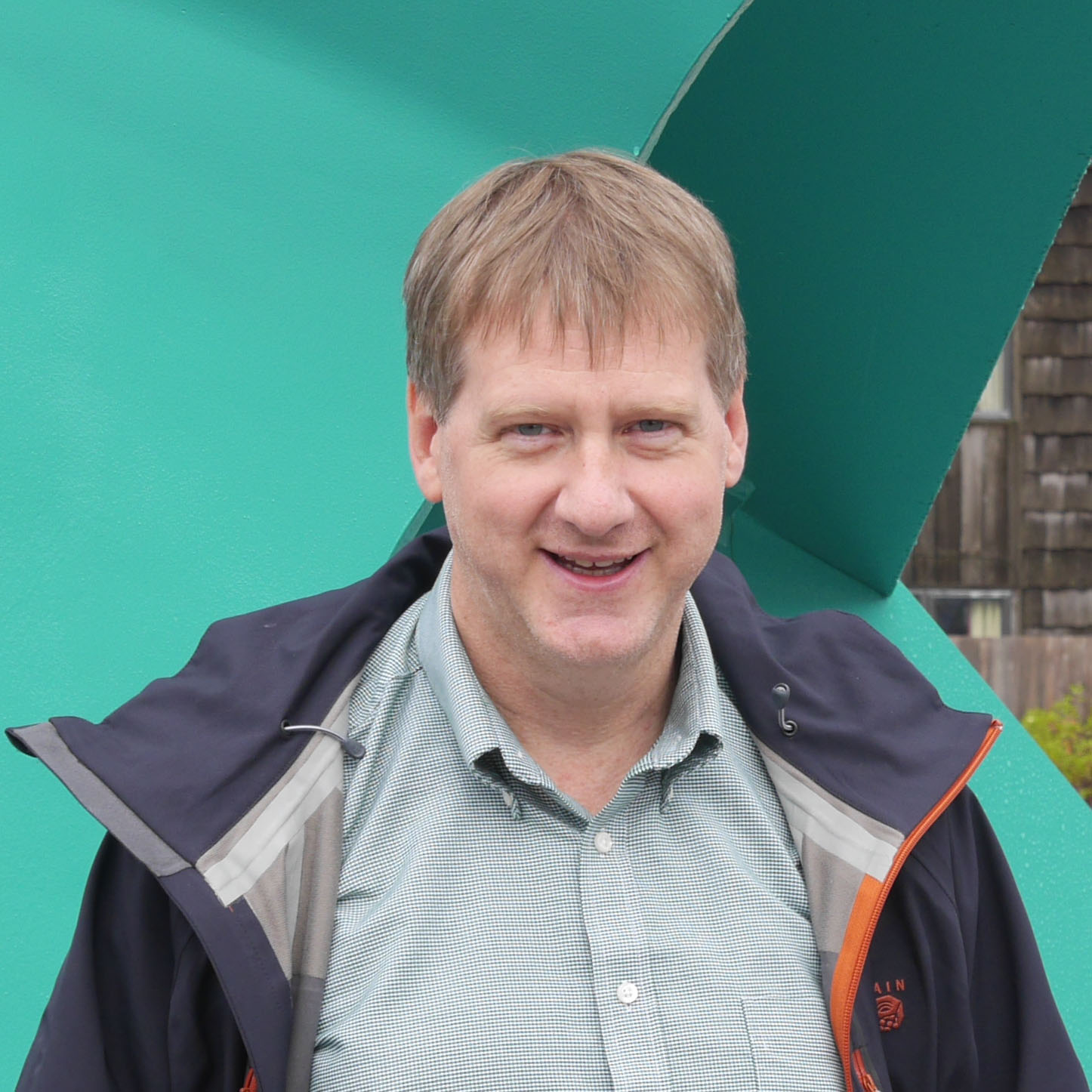 Previous government or other relevant experience: Reports harvest specifications for the Bering Sea to the North Pacific Fishery Management Council

What was the last book you read and/or what are you reading now? It was actually “Oceanographic Carbon Cycle,” a textbook basically.

So, it’s something. I mean, I’ve been watching the issues since … well, over 12 years now because my kids were in preschool before they were in kindergarten here. And so, I’ve been, I mean I’ve been watching it for years and I’ve testified before the board many times, but now we’re going through briefings. So it’s kind of like Hillary, Trump, and, I mean Hillary Clinton and Bill, and Donald Trump they get briefings. Well the school board candidates are getting briefings, too, so we’ve got our, I’ve got my homework and I’m going through the budget and priorities and I know some of the board members, I’ve been talking to them for years and so … its a continuation of basically having kids in the school system. You just have to watch it.

Well, that’s you know, right now I testify between the Fisheries Management Council. They ask questions of staff. So that’s what we do. Staff is our biggest resource. We ask them what’s going on and then the public, too. That’s something … that was one of my biggest frustrations with the Gelbrich administration. I think its greatly approved in this current administration. You definitely have to involve the public because there’s going to be somebody out there who knows the issue better than you and knows more about it than you. So you have to seek that input out.

I am not opposed to the new standards, but I think you really have to look at the curriculum in terms of the kids and how they’re doing as opposed to an overall management, overall mandate. You really, I mean you have to have different kids at different levels and you have to have the appropriate curriculum for them and that’s something — it’s pretty much got to take place in the school in the site base. You can’t really, I mean, you do have to have overall guidelines but you’re going to have to adjust the curriculum to what works and what you need.

Well, it’s going to be tough. And I’ve been reading through the budget … and the problem with the school district is, I mean, the school system is the biggest draw of resource, most of the funding goes to the classroom teachers. I mean, we’ve already cut assistant superintendents, we no longer have vice principals at the middle schools and there’s been a lot of talk about activities. But if you look at the activities, I mean, they’re important and they keep some kids in school, but they don’t really add a whole lot of money to the system and you’re coming down to salaries and classroom sizes. And by far the absolute best solution would be if the legislature would pass a balanced budget and if that doesn’t happen, I mean, we have to be honest with the public about what we can do, what we have and there’s going to be painful cuts. No one is going to be happy but … yeah, that’s something that frightens me quite a bit.

I think we’ve got bigger problems than that to worry about. I am not going to lose a lot of sleep of over that to be honest. I am more concerned with how do we actually keep our class sizes small and how do we pay for faculty? How do we keep our teachers happy and keep them from leaving because we are going to have a shortage? The district’s already made their policy and I am not going to challenge it. I am just going to let it stand as is. There are bigger issues that we are going to have to deal with.

I think No Child Left Behind was a tragedy. … I favor having standardized tests, but I think we need to be really, really careful about how we use them and how we apply them. And we’ve actually, if you look at the middle school and high school reports, the growth levels, and if you look at the two standard errors, most of them aren’t even significantly different from zero. When you see that, you see them rise but if you do the math, you can’t put a lot of stock in that. You actually have to watch the kids and, I mean, it’s one tool but it definitely shouldn’t be the be all, end all for how you evaluate your schools, and I think we’ve got to be honest with the public about that too. … They don’t tell us what a lot of people think they tell us.

Yeah, I mean, definitely yes. But not just that you have to provide services to everybody. I mean, that’s one of the problems, like, if you rely on standardized tests. You look at the kids at the bottom and you put all your resources there, but you also tend to ignore the kids at the top too. It’s unavoidable, the kids that are struggling the most are going to take more resources, but you also have to be careful that you keep an eye out for everybody, all groups.

Yeah definitely, and Andi Story has been the lead on that. Well the lead will still be there after this next election and I intend to support her on the Native programs. It’s definitely important and I don’t think the Filipino community has been, hasn’t really been incorporated in that yet, but that’s something that definitely should also be looked at.

Well you need both, I mean, academics are obviously going to be the core and that’s going to be what our main focus is going to be on. Like I said before, the extracurriculars they don’t — when I looked at the budget, they don’t add up to a huge amount and I know there are kids who are only staying in school because they can play basketball, that’s the only thing keeping them there. It is important especially if you want to avoid a higher drop out rate, so, we’re going to have to have them, but again, if we have a budget, you know, where we’re looking at 40 kids in a class and cutting teacher salaries at the same time … if this legislature doesn’t balance our fiscal issue, then … we’ve got to be honest with the public and we can’t promise too much. Hopefully, it’s not going to become as dire as it could be.