There were two giant hurdles preventing cruise ships from coming back to Alaska in April when they usually start showing up. The Canadian border was closed. And even though the Centers for Disease Control and Prevention lifted its ban on cruises in late 2020, it was replaced with a “conditional sailing order” — a long list of hoops that cruise companies and ports had to jump through before ships could operate in the U.S. again.

But by July, both of those obstacles were overcome and the first in a short parade of large cruise ships docked in Juneau. Three days later, a city official confirmed that a vaccinated cruise ship passenger was infected with COVID-19. The individual did not circulate in Juneau as a tourist and was not treated at the local hospital; they were medevaced out of town.

When the short cruise season was over and done with, a total of 125,000 passengers came to town, which is less than 10% of the passengers from 2019. That means the city also only received 10% of the revenue it usually gets from head taxes.

To help with the economic impact to cruise ports in Alaska during the reduced season, Norwegian Cruise Line offered $10 million in no-strings-attached relief money. The Juneau Assembly voted to reject the portion of the money that was flagged for Juneau. Some Assembly members were concerned about what the public would think of the city taking the money. The money was instead given to the Juneau Community Foundation, which distributed the donation among several nonprofits in the area.

Activists in Juneau used the light cruise season as an opportunity to gauge public interest in taking measures to limit cruise ship traffic in the future when the industry inevitably returns in full force. The group calls itself “Juneau Cruise Control,” and in April they started gathering signatures for a ballot measure that would put restrictions on the number of cruise ships that could visit Juneau and the amount of time they could be in port. A group called “Protect Juneau’s Future” quickly mobilized to oppose the proposal. Ultimately, there weren’t enough signatures on the petition to get any of the cruise ship limiting measures on the ballot.

KTOO is looking back at 2021 through the stories that had the widest and strongest impact on the community. Read about the pandemic’s second year in Juneau, the search for Juneau’s missing, or stories about justice in Juneau. 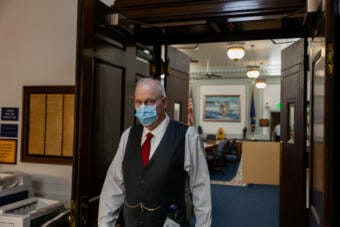 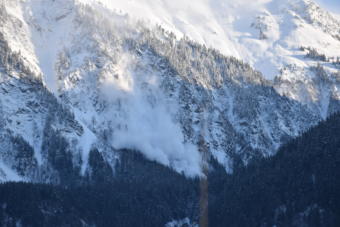 Juneau's hazard maps haven’t been updated since the 70s. New proposed maps have roughly 50% of the buildings in downtown Juneau in a moderate or severe risk area for avalanche or landslide. 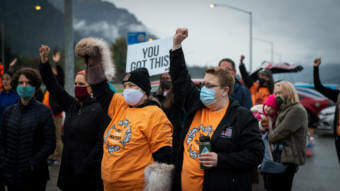 The Year in KTOO News: Justice in Juneau

KTOO's intention is to cover criminal and social justice outside of the courtroom, focusing on the victims and other people impacted by crime and inequity. 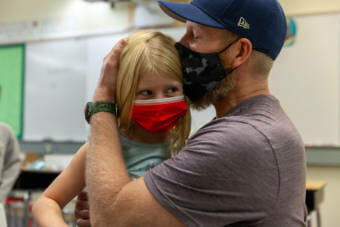