The City and Borough of Juneau Assembly turned down a $2 million donation from the Norwegian Cruise Line company during its regular meeting Monday night.

Some assembly members were concerned about what the public would think of the city taking the money.

In May, Norwegian announced it would donate a total of $10 million to Alaska port communities. That included Ketchikan, Juneau, Hoonah, Sitka, Skagway and Seward. The funds were intended to support small businesses and those most impacted by the lack of cruise passengers last year.

The company has purchased an empty waterfront lot downtown, where it wants to build a dock.

Carole Triem is one of six assembly members who voted against taking the donation. She said the proposed dock factored heavily in her decision.

“The whole process from start to finish requires decision-making from the assembly,” Triem said. “I just think that to accept money from NCL, even though it’s totally separate from the decisions we’d be making about this development project just is not a good look for us.”

Triem said even though she has faith in everyone involved, just the appearance of impropriety is enough to lose the public’s trust.

During the meeting, assembly member Wade Bryson disagreed with that argument.

Bryson added that the path for Norwegian getting its dock is already in city code and charted out.

“Yes, I would agree that we have to make a couple of decisions along the way, but they’re not going to be able to come up with some strategy or technique that’s going to help them circumvent the Juneau process,” Bryson said. “It would be foolish and fiscally irresponsible to reject this money that is going to go, at our decision, to helping our community.”

Ultimately, the motion failed by a six to three vote and the assembly asked City Manager Rorie Watt to go back to Norwegian, suggesting the company donate directly to an organization like the Juneau Community Foundation, instead of the city itself. 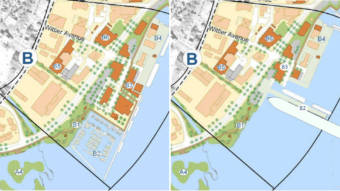 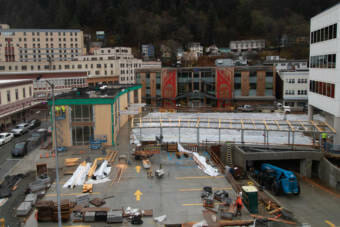 What happened to the $2M a cruise ship company offered Juneau?

Norwegian Cruise Line Holdings' initial offer went to the City and Borough of Juneau government. But most Juneau Assembly members didn’t like how that would look, and turned it down.

A city survey on Juneau tourism issues wraps Friday. Then what?

The survey asks some familiar questions, and fresh ones on hot-button cruise ship topics, like limits on cruise ships, Norwegian Cruise Line’s plan to develop a fifth large cruise ship berth, and a partial ban on “hot-berthing.”