The proposal to tamp down on the sale and use of fireworks in Juneau is headed to a public hearing and final vote. It could take effect before the Fourth of July.

The initial draft assembly member Michelle Hale introduced in February was very restrictive. It attempted to ban sales altogether and banned using fireworks — even sparklers — in most populated parts of Juneau 361 days of the year. The version that emerged from committee on Monday is a lot more permissive.

First, sales. In this version, they’re allowed with a city permit in more remote parts of Juneau. And there’s a carveout for federally recognized tribes; the pop-up fireworks shop the Central Council of Tlingit and Haida Indian Tribes of Alaska started last year along Fish Creek Road won’t need a city permit.

Tlingit and Haida Central Council representatives could not immediately be reached for comment.

Now for the fireworks themselves.

The biggest, boomiest types of fireworks that are legal to sell in Alaska are called mines and shells. They’re shot out of a mortar. Regular people could use these only around New Year’s and Fourth of July, and only outside of the city’s fire service area. As far as what’s accessible by road, that basically leaves a few miles of North Douglas Highway, a few miles of Fish Creek Road, and out the road past Cohen Drive.

Small scale fireworks like fountains and sparklers would be fair game to use in town, year-round before 10 p.m.

For noisier fireworks like firecrackers, roman candles and bottle rockets, the proposed policy splits the difference. They’d be OK year-round outside of the fire service area. Around the Fourth of July and New Year’s, they’d be OK in town, too.

The proposal also would limit possession of fireworks to 75 pounds a person.

Some assembly members worried the new policy is too complicated. Assembly member Greg Smith worked on a lot of the policy’s revisions.

“I think there is a way to communicate the type, time and location details to the public in a digestible way,” Smith said. “I think we have a path here towards a good compromise, that will not make everyone happy.”

Assembly member Loren Jones had a very dim outlook of how it will play out.

“I have been in this town and they are not going to stop the fireworks. And it’s gonna boom off West Juneau and into my bedroom, fired off the beach and nothing you put in this ordinance is going to fix it,” Jones said. “So I am a no vote. I think we have overcomplicated this and it should be a complete ban, that’s the only thing that’s enforceable.”

The Assembly Committee of the Whole sent the fireworks policy to the full Assembly in a 7-2 vote. Mayor Beth Weldon and Loren Jones voted no.

The full Assembly plans to hear the ordinance initially Wednesday night, then hold a public hearing and final vote on May 24. If the Assembly sticks to its timeline, the new fireworks rules would take effect 11 days before the Fourth of July. 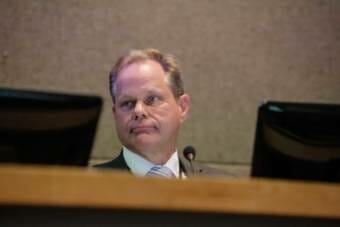 The Assembly’s criticism on Tuesday night was focused on competence and waning faith in his leadership. 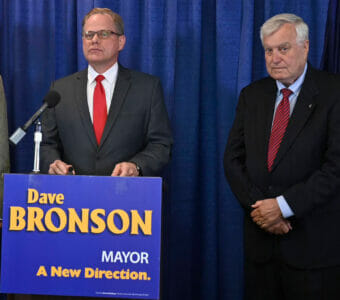 It was good to be friends with Anchorage’s mayor. Then the investigations began

An influential friend of Mayor Dave Bronson’s is at the center of several of the controversies that have enveloped City Hall. 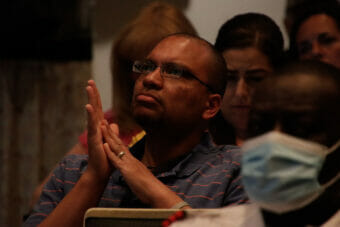 It's the latest in a series of resignations and firings among top city officials.