Police say Schneider walked into the station downtown, where he was arrested for pre-trial probation and parole violations and then taken to Lemon Creek Correctional Center.

On June 22, Schneider told Glory Hall staff he was going camping at Echo Cove. He was expected back at the drop-off point a week later.

Last week, Glory Hall staff and residents searched for Schneider in the Echo Cove area several times without finding him. It’s not clear how he got from Echo Cove back to Juneau.

The Glory Hall is working to contact Schneider’s family to let them know he is safe. 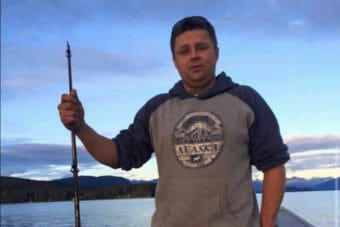 Update: Juneau man arrested days after he was reported missing

Juneau police announced Wednesday that Lucas Schneider had been arrested on outstanding warrants and taken to Lemon Creek Correctional Center.