The property is along Juneau’s Seawalk and sits in front of a three-story mural of Elizabeth Peratrovich. The renaming is a nod to Peratrovich’s contributions to Alaska and a practical thing to help people get around Juneau’s waterfront.  Officials previously referred to it by its legal description, which was not widely known.

In other news from Monday’s Juneau Assembly meeting, the Assembly approved a controversial rezoning of a 15-acre property along North Douglas Highway. Developer Travis Arndt filed his original rezoning request more than a year ago. Since then, planning officials, the Assembly and the city’s Systemic Racism Review Committee have all struggled with it for different reasons. Concerns have ranged from road congestion to the impact on housing stock, to public opinion, to economic inequities.

Without the change, the vacant lot could have hosted multi-family housing and some limited commercial activity. But Arndt told the Assembly on Monday that the economics of that was unlikely to work out.

“There’s some misconceptions out there that are pretty big,” Arndt said. “This isn’t an all or nothing thing. We’re not asking to rezone it so we can build only boat condos. We’re not asking for it so we can only build anything. We want one more tool in the toolbox for flexibility to make the economics and the cost work.”

With the rezoning, more housing and more commercial activity is allowed. He said he’s likely to build commercial boat storage and housing.

The Assembly voted 6-1 to approve the rezoning. Alicia Hughes-Skandijs voted no. Assembly members Wade Bryson and Carole Triem were absent.

Assembly member Barbara Wáahlaal Gíidaak Blake was one of the yes votes.

“If what is actually being presented to us is in fact true, all of those savings would then be passed on to community members to attain affordable housing, as I see it,” she said.

The Juneau Assembly also authorized Bartlett Regional Hospital to sell $20 million in bonds for new infrastructure. The money will go toward building a crisis stabilization center and renovating the emergency department. The debt will be repaid over 20 years with hospital revenue. 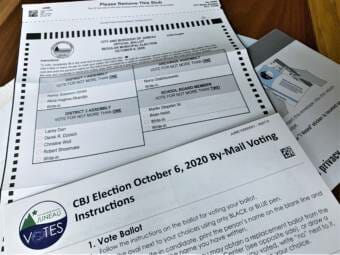