The remote, tiny community of St. Paul is getting a new police chief this week, about a month after the island’s entire police department resigned over a COVID-19 vaccine mandate.

“Back in the first part of September, our city council passed a policy requiring all city employees be vaccinated against COVID-19,” said City Manager Phil Zavadil. “All our officers, including our chief, decided they weren’t going to do that, and they resigned.”

“As far as leaving, I would say, that’s their choice,” Zavadil said. “We needed to do what we needed to do to protect our community and our employees.”

Since their resignations, Zavadil said the city has contracted with Delta Medical Transport to provide emergency medical services in St. Paul, which is in the Bering Sea about 250 miles north of the Aleutian Chain. EMTs will rotate in and out of the community every month or so.

The city also currently has two police officers on the island. One was hired in late October, and one is on loan from the City of Unalaska.

The new police chief, Michael Castro, is moving to St. Paul from Utah with his two sons this week, said Zavadil.

“He’s been an officer and a former police chief before,” he said. “He was also in fire and EMS service for a long period of time. So he has kind of a good holistic background in public safety that we thought would work here.”

Zavadil said he was slightly concerned about filling the vacant department, but the search for new employees has gone relatively smoothly.

“It was a difficult time for us to go through, but I think we found people fairly quickly,” he said. “We’re still looking for some people, but we’re in a good position right now.”

The city is looking to hire two more police officers with experience, who, Zavadil said, won’t have to go to the police academy and will be a good fit for the community.

So far, 79% of St. Paul residents are fully vaccinated against the coronavirus. The city still requires testing before and after travel, as well as quarantine for both vaccinated and unvaccinated individuals.

The island community of 355 people has recorded just seven cases of the virus to date. 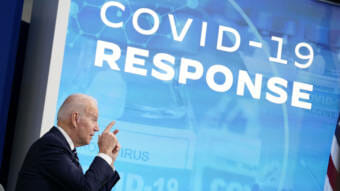 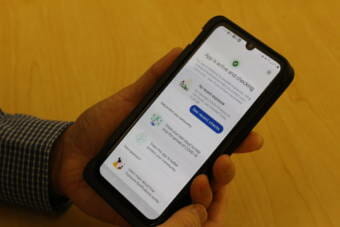 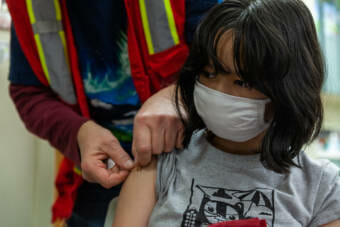