Hannah Dietterich, a research geophysicist with the Alaska Volcano Observatory, said three simultaneous eruptions may seem like a lot, but it’s not unheard of for the region.

“Our average number of … volcanoes that erupt in a year in Alaska is only two. So this is unusually busy,” Dietterich said, “but all of these volcanoes have erupted in recent years as well.”

A busy time for Alaska volcanoes! There are three erupting simultaneously right now. On the Alaska Peninsula, Pavlof…

Semisopochnoi is the westernmost of the active volcanoes, sitting near the far end of the Aleutian chain. The volcano has been erupting since 2018, but has seen increased explosions in recent weeks.

In the center of the Aleutian Islands, about 26 miles northeast of Adak, Great Sitkin volcano erupted at the end of May.

“A lava dome began erupting just from the center of the summit crater,” Dietrich said.

She warned pilots to use caution when flying nearby and to follow the observatory’s advisories, but added that the eruptions “don’t pose any significant threat to people.”

For more information and to see a timeline of volcanic eruptions, go to avo.alaska.edu. 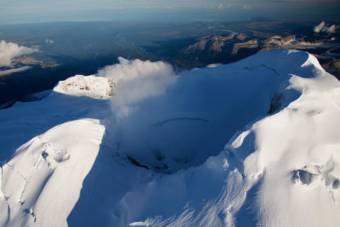 Two companies are looking at the geothermal energy potential of Mount Spurr, an active volcano across the Cook Inlet from Anchorage. 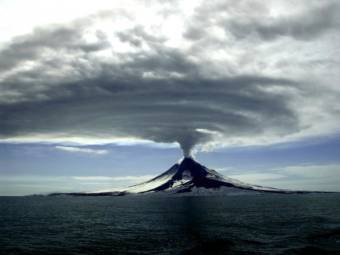 UAF and NASA scientists found slight increases in radiant heat around volcanoes years before they erupted. 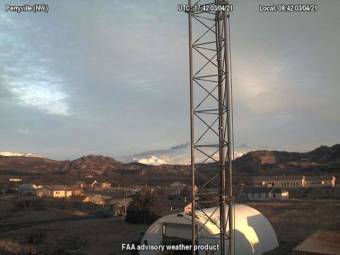 Small eruption detected at Mount Veniaminof on the Alaska Peninsula

Satellite and webcam footage revealed small deposits of ash near the summit, but the ash cloud stayed below 10,000 feet.