Weather-wise, it has been a dreary summer. If you’re a peony farmer like Wayne Floyd, that’s not really a bad thing.

“They’re at stage one,” Floyd said, gesturing to a bunch of peony buds. “They’re hard as golf balls. We sometimes call them ‘golf balls on a stick.’”

The Floyds own Cool Cache Farms in Nikiski. Their peonies are usually ready to pick in early July.

But due to this year’s colder weather and the lack of sun, they’re still not ready in the middle of the month.

Floyd said it’s a good thing because it means there won’t be overlap with markets overseas and in the Lower 48. Those growers have largely stopped picking for the year, so there will be less competition with Alaska farmers for weddings.

“The Dutch tend to flood our market with a lot of cheap stems because they have the scalability,” Floyd said. “My farm will be producing maybe 15,000, 20,000 stems this year. A typical Dutch farm will produce a million-plus.”

Farmers outside of Alaska pick their flowers in May and June. Alaska’s season is always later, but this year has been especially late.

“We’re probably two or three weeks behind where our average harvest would occur,” said Brad Llewellyn of the Alaska Beauty Peony Cooperative, a group of 11 Homer peony farmers.

“Peonies prefer to open up at about 60 to 70 degrees, like springtime temperatures,” he said. “But if it remains in the 50s, that opening is going to be stymied and it’s just going to go very slowly.”

It’s hard for farmers to know what a summer will look like in advance.

Last year, Floyd started picking peonies on July 11. Two summers ago, when it was really hot, he started July 1.

At Cool Cache Farms Monday, there’s a crew weeding the peony field but no near-blossoming flowers in sight. Floyd said he has workers on deck to come pick when it’s time in the coming weeks.

“We’ve got some other people picking rhubarb, which is ready to pick,” he said. “Usually we pick rhubarb around the 20th of June.”

The cold can be a challenge when customers want flowers now. Floyd said he’s been directing customers who have called to farmers in the Interior, where temperatures are already in the mid to high 70s and farmers are already picking peonies.

“And we are scrounging every little last flower that we possibly can,” Llewellyn said. “We’re really in a drought for flowers here.”

Without the flowers, Llewellyn said they’re taking festival-goers to learn about other parts of the peony growing process. There’s really not much else they can do now but wait for the warmer days ahead. 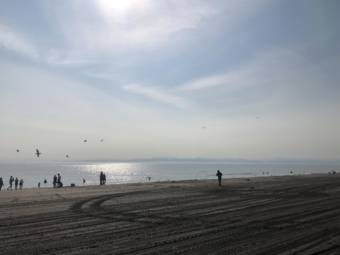 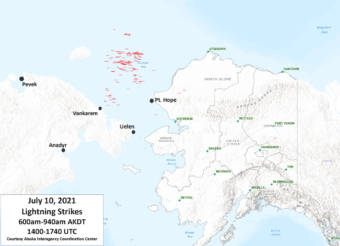 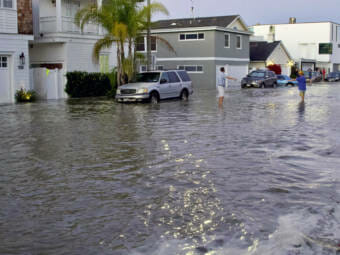 There's not a cloud in the sky, but your house could still be underwater

The cause of the flooding is clear: human-driven climate change.