Authorities in Metlakatla reported the community’s third death from COVID-19 Tuesday evening. They did not identify the victim.

In recent weeks, Metlakatla has reckoned with its largest-ever COVID-19 outbreak, but new cases appear to be slowing.

Local officials reported five new cases of COVID-19 last week and added another Wednesday. As of Wednesday evening’s update, seven people remain infected with the disease. That’s down from a high of 21 on May 21.

A wrestling tournament hosted at Ketchikan High School in mid-April led to cases of COVID-19 across Southeast Alaska. But Jacobs says a pool tournament spread across several Ketchikan bars the following weekend was associated with “far more” cases than the wrestling event, though she did not provide specific figures.

Jacobs says that’s likely how the virus made it to Metlakatla early last month.

“This person, I believe, attended both the wrestling tournament and the pool tournament,” Jacobs said in an interview last week.

Because COVID-19 symptoms can take as long as two weeks to develop, it’s hard to say exactly when and where an infected person caught the coronavirus, but Jacobs says the pool tournament is the most likely source.

Local officials in Metlakatla have banned most gatherings since the outbreak began in early May and continue to urge residents to get vaccinated against COVID-19. For more information on COVID-19 vaccination and testing in Metlakatla, call the Annette Island Service Unit at 886-4741. 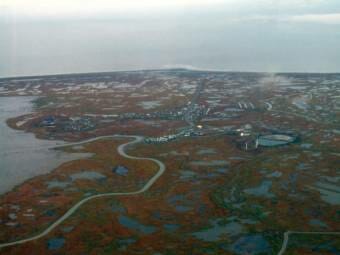 The outbreak began in May, and 63 people have tested positive since then.

Skagway officials are preparing for nearly 100,000 cruise ship passengers to visit this summer, and are taking steps to make sure the same sort of outbreak doesn’t happen on their side of the border.