Justices on the Alaska Supreme Court on Wednesday questioned the constitutionality of the Legislature funding public education a year early.

The questioning happened during oral arguments in a lawsuit between Gov. Mike Dunleavy on one side and the Legislative Council and school funding advocates on the other.

Justice Daniel Winfree asked if there was any limit on the Legislature’s ability to decide spending years ahead of time for any part of the state budget, such as permanent fund dividends.

“Why couldn’t the Legislature appropriate the money for the next 15 years of permanent fund dividends based on the statutory provision and have that be a public purpose? What would stop that? What is the limiting principle?” Winfree asked an attorney for the Legislature.

The lawsuit came out of a dispute between Dunleavy’s administration and the Legislature. Three years ago, before Dunleavy was elected, the Legislature included $20 million of school funding in the budget to be spent the following year.

Dunleavy’s administration argued that this funding was unconstitutional because the Legislature can only budget for one year at a time. The Legislative Council and the nonprofit Coalition for Education Equity sued to support the Legislature’s position.

Legislative lawyer Megan Wallace argued that the Legislature could always repeal money that had been budgeted in an earlier year.

“Those future appropriations remain available for future Legislatures as they balance revenue and expenditures to make changes to amend, repeal and to ensure that there’s adequate revenue to cover those expenditures,” Wallace said.

But Wallace continued to face skepticism from multiple justices on the five-member court.

Assistant Attorney General Laura Fox represented the administration. The justices also questioned her, but not as much.

She said the Alaska Constitution doesn’t allow for budgets that cover future years.

“It thwarts the democratic process by allowing past legislators and the past governor to control the budget, even after voters have voted them out,” she said.

Senior Justice Warren Matthews sat in on the case since Justice Dario Borghesan was a lawyer for the administration on the case before he was appointed to the court. He recused himself.

It’s not clear when the court will rule on the case. 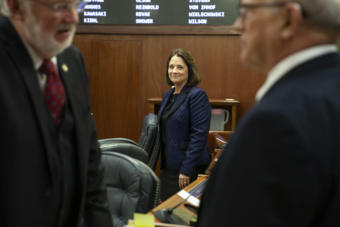 Senate votes to remove Reinbold as chair of Judiciary Committee 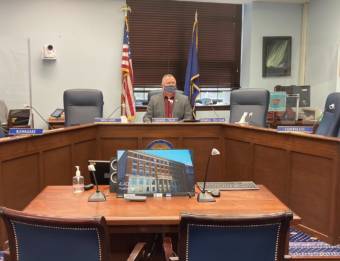 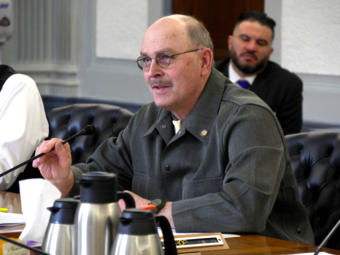 The end of the month is the deadline for the Legislature to pass a bill — and for Dunleavy to sign it — or low-income Alaskans will lose $8 million in additional food aid.