Pregnant women are considered at high risk for serious medical complications from COVID-19. But the vaccines haven’t been tested on pregnant women because they’re a vulnerable population. It’s kind of a Catch-22, and it’s the reason some moms-to-be are hesitant to get the shot.

“It’s a risk either way. It’s not a fun position to be in, I will tell you,” said Makenzie Rose.

She had only known she was pregnant for two days when she got a call that said there were extra vaccine doses in Anchorage, if she moved fast. She got in the car and got the shot.

All Alaskans 16 and older are now eligible for the COVID-19 vaccines. But there’s limited vaccine testing data on pregnant women. So even though they can get vaccinated, many are wrestling with the question of whether or not they should.

Rose had thought about her decision already. She had talked to friends and doctors about the vaccine while she was trying to conceive. Even so, she says she still doubts her choice sometimes.

Rose also has a two year old at home.

“I just feel like nothing can happen to me right now,” Rose said. “Like, I have a kid I have to take care of. It’s a doozy.”

Rose has been fully vaccinated for about two weeks. Her recent ultrasound came out normal and healthy, with a strong heartbeat. She says she’d make the same decision again, but the uncertainty is hard — she wanted a clear green light from a medical professional, and it just wasn’t coming.

“It’s a little bit of a tricky subject, there’s not a really good straightforward answer,” said Dr. Emily Rosenfeld, an OB-GYN in Juneau.

Rosenfeld says she talks her patients through their risk level to help them make a choice. They discuss things like preexisting conditions, age and occupation. But she said she doesn’t feel comfortable making recommendations.

“It kind of becomes more of a kind of benefit, risk conversation with the patient,” Rosenfeld said.

The Centers for Disease Control and Prevention are tracking the pregnancies of about 2,000 women who have been vaccinated for COVID-19. Of those, 275 have given birth. It’s a really small sample size, but CDC says there haven’t been any issues.

That stands out for nurse consultant Sherrell Holtshouser. She’s worked for the state health department’s maternal and child health division since the 1970s.

“I have a favorite niece. And she asked me this question, because she is six weeks pregnant,” she said.

Holtshouser told her to get the shot.

“We don’t have any evidence that would cause us to be hesitant or have concern. But we certainly have information, more and more, that’s telling us that pregnant women are at high risk,” she said.

Holtshouser says there’s a good reason pregnant women are typically left out of clinical trials. They are more vulnerable. But for her, the reward outweighs the risk when it comes to the vaccine.

Pregnant women who get COVID-19 are more likely to need intensive care or get put on a ventilator than their not pregnant peers. In certain age groups they are twice as likely to die. Holtshouser says she’s also concerned that severe illness could result in problems for the baby, like preterm birth.

The American Academy of Obstetrics and Gynecology and the Society for Maternal Fetal Medicine say it’s unethical to withhold vaccines from pregnant or lactating women, even though safety data is lacking.

Makenzie Rose, the pregnant woman with the toddler at home, says for her it was a crash course in risk assessment.

“I think for a lot of women, it just it feels really high stakes. Because it is high stakes. It’s your kid,” she said.

KTOO talked to a number of women who didn’t want to speak on the record but were too nervous to get the vaccine.

The state of Alaska doesn’t track whether or not women are pregnant when they get vaccinated, so we don’t know how many have gotten it. But women can choose to self report to the CDC. More than 30,000 women in the nation have done that.

Editor’s Note: Makenzie Rose  is an employee of CoastAlaska, an organization that provides business services for KTOO and other public media stations in Southeast Alaska. 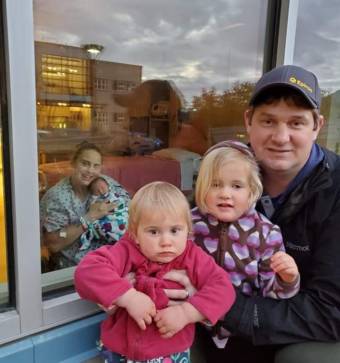 'Most mothers don’t have to deal with this': COVID-19 makes medical travel for pregnant women even harder

Alaska women who live in rural and remote communities usually travel to city centers to give birth. It hasn’t always been this way. And COVID-19 has made a hard trip even more daunting. 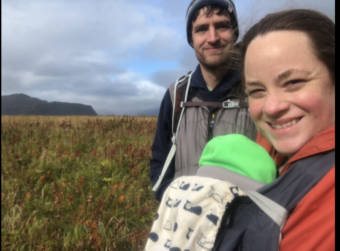 Health care professionals and moms say COVID-19 ratcheted up the anxiety factor of third trimester travel. Then in April, the airline that served the Aleutians with daily flights went under. 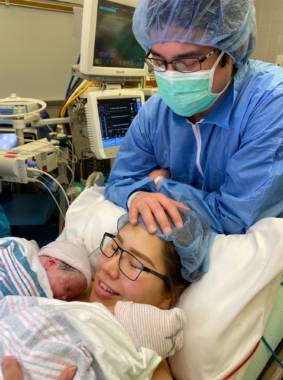 To protect her community, St. Paul mom isolated for 10 weeks before having twins in Anchorage

Alaska women who live in rural and remote communities usually travel to city centers to give birth against incredible geographical odds. COVID-19 can make a hard trip longer and lonelier.