According to data from the Centers for Disease Control and Prevention, Alaska now has the highest COVID-19 vaccinations per capita of any state in the country.

She spoke to the Greater Juneau Chamber of Commerce on Thursday and explained why. First, she credited Alaska’s communities for working together to get people vaccinated quickly.

“We have the highest veterans per capita population. We have a large military presence. And we have a large Indigenous population with over 229 sovereign tribes,” Zink said. “And so, because of those reasons, we did get some additional vaccine in the state via those federal partnerships.”

Zink said the allotment for the Indian Health Service, which works with tribal entities, could have been subtracted from the state’s allotment. But in the end, it was an addition.

“That’s been transformational for Alaska, that decision for Operation Warp Speed,” she said.

On Thursday, the state reported that more than 14,000 people have received both doses of their COVID-19 vaccine. More than 67,000 people have gotten at least one of the shots in the series. 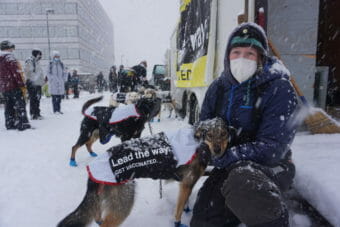