Alaska’s state-owned development corporation can now spend up to $20 million to buy oil leases in the coastal plain of the Arctic National Wildlife Refuge.

The board of the Alaska Industrial Development and Export Authority unanimously approved the spending Wednesday night.

The idea is that AIDEA could buy the drilling rights to tracts of land offered in the Trump administration’s lease sale on Jan. 6. And then, at some point, partner with companies to do the actual drilling.

It’s a way for the state to secure the rights to drill in the coastal plain in case no one else bids on the leases.

‘A ticket to decades of litigation’

Public comment at Wednesday’s meeting was dominated by people who opposed AIDEA bidding on the federal oil leases.

Some cited concerns about drilling’s impact on the global climate, and on wildlife in the coastal plain, including polar bears and caribou.

“The Arctic refuge is a majestic landscape on which people and animals alike depend,” said Karlin Itchoak, state director for The Wilderness Society. “The Alaska Native communities like the Gwich’in and the Inupiaq have relied on and protected the refuge for millennia.”

Some asked: Why not put the $20 million toward diversifying Alaska’s economy instead?

“You are trying to patch a declining industry that the state of Alaska is already way too heavily invested in,” said Julian Dan, a graduate student at the University of Alaska Fairbanks.

Matthew Jackson, from Ketchikan, described AIDEA buying leases as “a ticket to decades of litigation.” It’d bring the state a lot of risk, some said.

Others said if oil companies really want to drill in the refuge, they’ll buy the leases themselves.

Diane Preston, from Fairbanks, was among many who blasted AIDEA for not providing more time for Alaskans to weigh in on whether it should spend money on oil leases.

The agency posted the text of the resolution approved Wednesday just two days before the meeting.

“I think it’s pretty unconscionable to have a short few days’ process for public comments on such an important issue, particularly during the pandemic and holiday week,” Preston said.

“I don’t think that speaks well for you … those of you who thought you could do this kind of under the radar.”

The board accepted emailed comments this week, and said it got more than 300.

It set aside 90 minutes for public comments by phone on Wednesday. Then it went into a two-hour, private executive session.

She said the federal Bureau of Land Management didn’t post the details of the coastal plain lease sale until early December.

And in the days following, she said, conversations ramped up about AIDEA bidding on the leases because of opinion columns written by former Alaska Govs. Bill Walker and Frank Murkowski.

At Wednesday’s meeting, Murkowski told board members the state has an “extraordinary opportunity” to buy the leases because, he argued, they’d basically be 50% off. The state gets half of the lease-sale revenue.

Murkowski has long supported opening the coastal plain to oil development, and his daughter, U.S. Sen. Lisa Murkowski, spearheaded the provision in a 2017 tax act to allow drilling there, reversing decades of protections.

Board members said ensuring oil development happens is good for the economy.

Board Chair Dana Pruhs said approving the money for the leases is also a way to protect “the sovereign rights of the state” and “40 years of everybody’s efforts to open up the coastal plain in ANWR.”

That’s because if a tract doesn’t get any bids in next month’s lease sale, then the federal government maintains control of it.

And two weeks after the lease sale, President-elect Joe Biden takes office. Biden has said he opposes drilling in the refuge, and that he’ll take steps to permanently protect the land.

Wednesday’s vote means AIDEA’s director, Alan Weitzner, now has the authority to evaluate the land available to lease and decide on bidding.

He has until 4 p.m. next Thursday to submit any sealed bids to the Bureau of Land Management.

The federal government will open all of the offers on Jan. 6 and award the leases to the highest qualified bidders.

Groups opposed to drilling have asked a federal judge to step in and block the upcoming sale. A ruling is expected by Jan. 6.

Also, the Anchorage Daily News reported, Wednesday’s vote by the board could be challenged because of unconfirmed appointees. 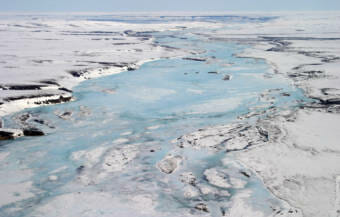 The lease sale is set, but how much oil actually is under ANWR’s coastal plain?

The Trump administration is moving to sell leases in ANWR, but will anyone show up for a sale? 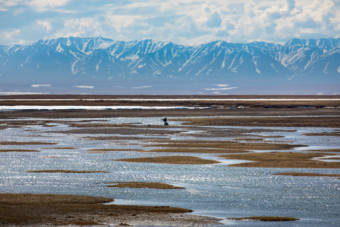 The Gwich’in Steering Committee and 12 other groups filed a motion in U.S. District Court requesting the preliminary injunction. Separately, about a half-dozen conservation groups represented by Earthjustice filed a similar motion asking the court to freeze oil leasing and seismic activity in the coastal plain.