The Gwich’in Steering Committee, village councils and more than a dozen conservation groups on Tuesday asked a federal judge in Alaska to step in and block the upcoming sale of oil drilling rights in the coastal plain of the Arctic National Wildlife Refuge.

Their motions for a preliminary injunction come in three ongoing lawsuits that challenge the Trump administration’s controversial oil leasing program for the refuge.

“We will not stand idly by while the Trump administration auctions off the wildest place left in America at bargain basement prices,” said a statement from Adam Kolton, executive director at Alaska Wilderness League.

The Trump administration has scheduled the first-ever lease sale in the refuge’s coastal plain for Jan. 6, and it’s moving toward allowing seismic work in the area this winter.

But the groups behind the recent court filings are asking a judge to prevent the administration from doing both until the ongoing lawsuits are resolved.

The legal standard for getting an injunction is higher than it is for winning a normal legal case.

Brook Brisson, a senior staff attorney at the Anchorage law firm Trustees for Alaska which represents the Gwich’in and several conservation groups, said she believes they can prove there will be irreparable harm unless an injunction is issued.

“Exploration, drilling, gravel mining, road building, building pipelines. Those are all very clearly incredibly harmful to the coastal plain and its resources,” she said.

The Bureau of Land Management, which is conducting the lease sale, counters that it’s following the law and has made science-based decisions to determine where and under what conditions oil development can occur.

The groups opposed to the sale are asking the court to decide whether to grant the requested injunction by Jan. 6.

If the court does decide to step in, it could push a decision on the lease sale into the next administration. President-elect Joe Biden takes office Jan. 20 and opposes oil development in the refuge.

This story has been updated with information on a third motion for a preliminary injunction filed Tuesday on behalf of the Native Village of Venetie Tribal Government, Arctic Village Council and the Venetie Village Council.

Gov. Mike Dunleavy wants the state government to sever its ties with financial institutions that won’t finance oil and gas development in the Arctic. 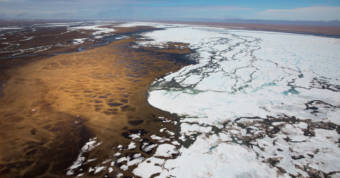 According to the statement of sale posted online Monday, the minimum bid will be $25 per acre. Companies can submit their sealed bids to Bureau of Land Management between Dec. 21 and Dec. 31. Those bids will be unsealed at the 10 a.m. auction on Jan. 6, which will be broadcast online. 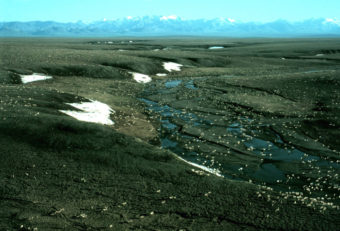 In a last-minute push, the Trump administration announced Thursday that it will auction off drilling rights in the Arctic National Wildlife Refuge in just over a month, setting up a final showdown with opponents before President-elect Joe Biden takes office.