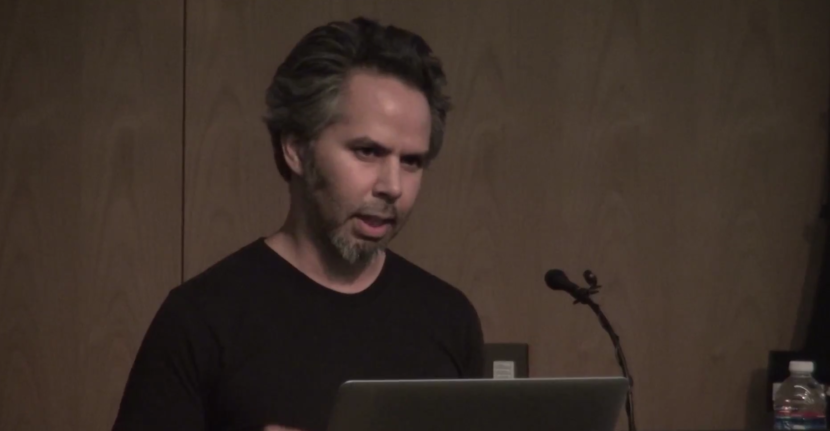 More from this series:
More videos from At the APK

On September 1, 2017 Jackson Polys (aka Stephen Paul Jackson and Stron Softi) gave an artist talk about his work on the Seward shame pole that was raised in Saxman Totem Park in April, 2017.
Jackson’s Seward pole is the third iteration. The original pole was erected after Secretary of State William Seward’s 1869 visit to southeast Alaska. The Tlingit honored Seward with a potlatchand gifts that he did not reciprocate, which led to the creation of the ridicule pole. In 1941, theoriginal pole was replaced by a Civilian Conservation Corps replica. In 2014, the second pole had deteriorated beyond repair and Jackson was selected to create a replacement. Jackson’s version features a more detailed carving of Seward’s face than its predecessor, a tribute to the original pole.

Jackson is a carver and visual artist based in Ketchikan and New York.He began carving with his father, Tlingit master carver Nathan Jackson, and obtained a BA in Art History and Visual Arts in 2013 and an MFA in visual arts in 2015 from Columbia University.