Scientists examining an unusual African fish that can walk and breathe air think they’ve learned a thing or two about how our distant ancestors made the leap from the oceans to terra firma some 400 million years ago. 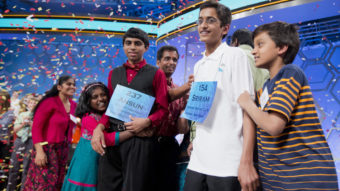 Ansun Sujoe, of Fort Worth, Texas, and Sriram Hathwar, of Painted Post, N.Y., were named co-champions of the 2014 Scripps National Spelling Bee Thursday night. Their siblings helped them celebrate the first shared title since 1952.

For the first time in 52 years, the Scripps National Spelling Bee crowned two winners last night, after the final two competitors exhausted the word list. The winners were Sriram Hathwar, an eighth-grader from Painted Post, N.Y., and Ansun Sujoe, a seventh-grader from Fort Worth, Texas.

“I like sharing the victory with someone else,” Ansun said. “It’s been quite shocking and quite interesting, too. It’s very rare.”

Here are the words that brought Thursday night’s competition to a close, from the Scripps Spelling Bee site (we’re including the definitions just in case you’ve forgotten them):

“Sriram’s championship word was ‘stichomythia,’ which means dialogue especially of altercation or dispute delivered in alternating lines (as in classical Greek drama).

“Ansun’s was ‘feuilleton,’ a part of a European newspaper or magazine devoted to material designed to entertain the general reader, or a feature section.”

“We both know the competition is against the dictionary, not against each other,” Sriram said. “I’m happy to share the trophy with him.”

It was the second consecutive year in the finals for Sriram, who said he staged a “furious comeback” after a heartbreaking loss in 2013.

The joint title was made possible after both competitors slipped up in the same round, with Ansun stumbling over “antigropelos” and Sriram getting “corpsbruder” wrong. If either had made those mistakes in a different round, the 2014 Bee would have had only one winner. But now there are two, after the boys spelled their way to glory.

You could say there was a third winner this year, as well: Jacob Williamson, who won a devoted fanbase online with the infectious excitement he let loose at every turn, smiling and cheering on a national stage that has hosted its share of awkwardly painful moments over the years. Speller Jacob Daniel Williamson of Cape Coral, Fla., reacts after he correctly spelled a word during round five of the 2014 Scripps National Spelling Bee competition Thursday. He made it to the finals — and won fans with his enthusiasm.

Jacob’s passion led Twitter users to appropriate the #TeamJacob hashtag from the Twilight franchise, using it to celebrate along with Jacob as he jumped on stage and raised his fists with a smile after getting words right. He greeted the news that he’d made it to the final by falling to the floor on his knees, smiling.

Was going to watch the game tonight, but after that the @ScrippsBee final just took priority. #intense #teamjacob

Team Jacob commiserated when he lost.

Drinking because Jacob lost the spelling bee. You can't teach heart and passion like that. #TeamJacob

And in a fashion that likely led some of his new fans to say, “That’s so Jacob,” the home-schooled student from Cape Coral, Fla., welcomed “kabaragoya,” the word that ended his run with his typical enthusiasm: “I know it! I know it! I totally know it!”

But it wasn’t meant to be. 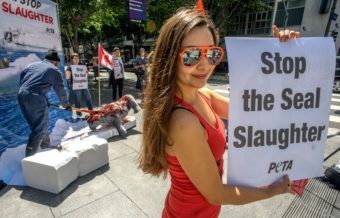 The World Trade Organization has rejected Canada’s appeal of a ban that keeps pelts and other products from the country’s seal hunt from being imported into the European Union. The ban was instituted on moral grounds, the EU says. 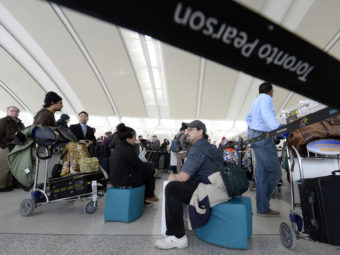 A classified document that’s among the many secrets revealed by former U.S. National Security Agency contractor Edward Snowden “shows that Canada’s electronic spy agency used information from the free Internet service at a major Canadian airport to track the wireless devices of thousands of ordinary airline passengers for days after they left the terminal,” CBC News reports. 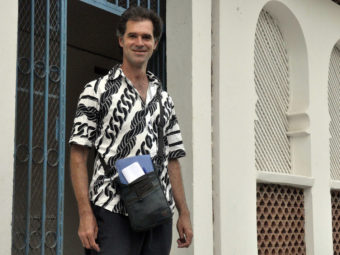 Mike Spencer Bown’s latest Facebook post has him in Cork, Ireland, which means he isn’t quite finished wandering the world. 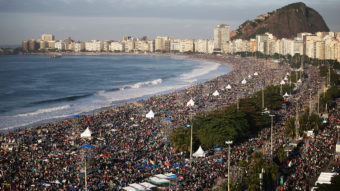