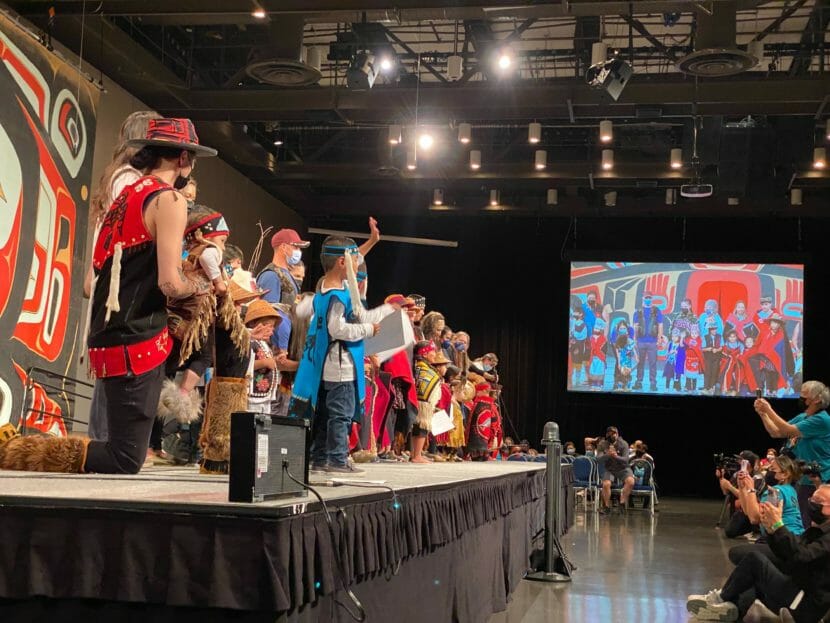 A few days after dozens of Juneau Public Market vendors packed up their booths and tallied their earnings, the ballroom at Centennial Hall stood empty, save for a few people pulling out cables.

In the bright lighting, the space looked bigger and emptier than it did when it was full of music lovers for the Alaska Folk Festival in April, or when dancers filled the aisles for Celebration in June.

Events like those won’t grace the ballroom again until late next summer. Centennial Hall is closing for major renovations in its ballroom — and the closure leaves local organizations shuffling their schedules and looking for alternate venues.

Kathleen Harper is Centennial Hall’s house manager. She said people should expect to see big changes, but not everything will change.

“It is all just going to be concentrated on the ballroom,” she said. “So if people walk in next year and are wondering why the carpet in the lobby isn’t different, it’s because that was not part of the plan.”

Some of the improvements will include dimmable LEDs, easier-to-move partitions and a floor that should be more comfortable and more durable.

Harper said the renovations have been a long time coming.

“There’s a lot of equipment that’s in here that was really good in the 80s,” she said. “But it’s definitely reaching the end of its lifespan and is starting to fail.”

The city awarded $6.4 million to Carver Construction to complete the renovation. Juneau voters approved funding the renovations in a 2019 ballot proposition. The work will keep Centennial Hall out of commission for about nine months.

Joshua Warren runs Platypus-Con, a local board game convention, which will be held next September instead of its usual January weekend. Warren said rescheduling worked better than moving.

“We’ve grown to the size where I just don’t know there’s a space that we felt fit us,” he said. “We didn’t really want to shrink to make it happen in January.”

But the Alaska Folk Festival will have to move. Andrew Heist, with Folk Fest, issued a statement this week saying the event will still take place in April, and they’ll say where soon.

The big reshuffle is even affecting events that don’t use Centennial Hall.

“Oh, it’s very much up in the air,” Race said. “I don’t know what the answer is. But we’ll figure something out.”