There were no injuries from a landslide near Petersburg on Halloween night, but it was a close call for some nearby residents. Landslide researchers in Southeast Alaska are keeping tabs on this one and others in order to better predict slides in the future.

“I was standing at my kitchen window, and I looked up, and I saw a green mass just coming towards us,” Sylvia Larson said. She lives on Mitkof Highway, right next to the slide. “I didn’t quite understand what it was. It was pretty surreal, and then became very frightening.”

She was watching the slide through her window.

“I finally figured out it was a landslide,” she said. “I didn’t know when it was going to stop and where it was gonna go and yelled for my husband. And it was like slow motion happening.”

Larson called 911 because she was worried about her neighbors up the mountain side. They all turned out to be safe.

Some of those neighbors are the Walkers. The family wasn’t home at the time of the slide but heard about it from others. The slide had stripped a section of their property. It sent whole trees and earth across the highway below.

The Walkers stayed with family that night. Julie Walker says the next day, when she went to the slide, it all seemed like a movie scene.

“It’s super surreal,” she said. “The closer you get to realize that that’s your property, your house. You kind of just have a knot in your stomach as you get closer to it.”

They were able to walk up to the house to get some clothes and supplies. Walker says the exposed part of their road is too unstable to drive on, and they’re talking with contractors about fixing it.

“Unfortunately,” she said “the landslides are not covered by insurance. So we will have some expensive driveway repairs ahead of us.”

But even with the high costs of repair, Walker feels very lucky.

Walker isn’t the only one feeling gratitude after the slide. Many Petersburg residents have been thinking of those communities nearby who have been hit more severely. Sitka saw a deadly landslide in 2015. And Haines lost two residents to one in 2020.

Thankfully, most landslides in the region are not deadly. But they will keep happening, according to experts. Jacquie Foss works as the Soil Ecology and Botany Program Manager for the Tongass National Forest. She says landslides are a part of the ecosystem’s natural disturbance and renewal process.

Here in Southeast Alaska,” Foss said, “we don’t have fire, but we have things like windthrow, and we have landslides. And so, it’s kind of how soils refresh themselves.”

She says typically they’re associated with intense and hard rainfall. According to the National Weather Service, Petersburg saw close to seven inches of rain the five days before the slide.

It’s not all natural, though. Foss says that how we develop and alter the landscape can make landslides more likely.

Scientists are trying to understand all of these factors and how they impact the likelihood of a slide. Since the big landslide in Sitka, the Sitka Sound Science Center has been gathering data to develop a landslide warning system — a website.

Ron Heintz is research director at the center.

The online tool was released in August. Heintz says it can’t tell people where a landslide may occur, just that conditions are ripe. He says that the next step in their research is broadening data collection to other communities in Alaska. They got funding from the National Science Foundation for this purpose. He said those areas may include Hoonah, Klukwan, Skagway, Yakutat, Kassaan, and Craig.

Jacyn Schmidt is also involved with the project. She is the regional geoscience specialist at Central Council of Tlingit and Haida Indian Tribes of Alaska. She says the research will be looking at a wider array of influences.

“We see lots of different types of landslides happen around Southeast,” she said. “some of which are associated with extreme rainfall. Others are triggered by other mechanisms, like rockfall is a type of landslide.”

The Sitka Science Center hopes that studying landslides in a bigger variety of places will give them deeper data that can help the region. And for those communities like Petersburg that won’t be in this next stage of research, there are still ways to help.

Foss says if people come across a fresh landslide, even a small one, they can send her a photo with the exact location. She includes all of those reports in a regional landslide inventory.

“It just really helps build the data,” she said, “that informs these early warning products that the science center is working on.”

Landslides may be here to stay. But, with more data, scientists can better understand and predict their impact.

If you see a fresh landslide, you can send a photo and information about the location to jacqueline.foss@usda.gov. And for more resources — like stories, science and how to prepare — you can check out sitkalandslide.org. 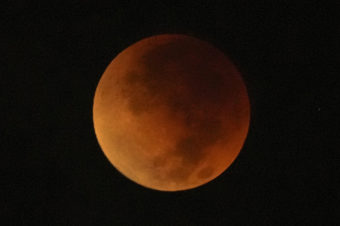 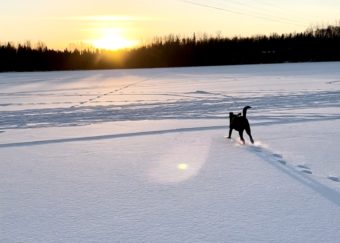 The forecast favors colder-than-average temperatures for Southeast Alaska this winter.