People are leaving Alaska at a rate that’s generally faster than they have over the past thirty years, but it’s not because there’s a lack of work. There are more job openings in the state now than in recent memory, but there are fewer people to fill them.

The numbers on out-migration come from the August issue of Trends, the monthly report of the Alaska Department of Labor.

Thanks to Permanent Fund applications, Alaska has the rare ability to track the length of time people remain in the state. They show that people have been staying for less and less time since the 1990s, with the exception of residents who were either born in Alaska or turned eighteen here.

In good times and bad, roughly 27,000 people move to Alaska every year, and about 5,000 of them are children. Both those numbers have dipped recently, and demographers attribute that to an overall decline in the birthrate in the United States. Fewer people with children are headed to Alaska.

It’s demographic changes — rather than employment prospects — that are likely behind the numbers. The same issue of Trends shows that the number of job openings in Alaska is near an all-time high, and rates were climbing even before the pandemic.

The rate of job openings in Alaska is nearly double the national average.

Demographics likely play a role in job vacancies, too. Many are created by the departure of Baby Boomers born between 1946 and 1964, and there aren’t enough younger workers to replace them.

The authors of Trends speculate that given the difficulty of hiring staff, employers may be much less likely to let them go if the economy takes a downturn, potentially softening the impact of a recession if one were to occur. 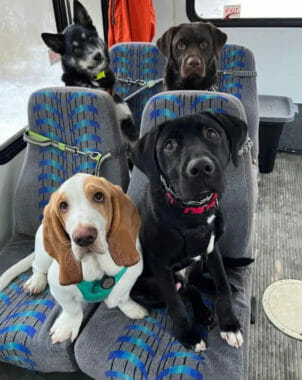 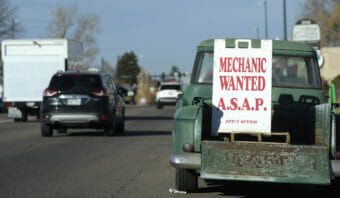