Reality TV stars from the long-running Discovery series “Alaskan Bush People” made a brief stop in the Southeast community of Petersburg earlier this month.

The famous Brown family tried to buy land after living in Washington the last three years. But locals, including Mark Hofstad, did not welcome them as neighbors.

Hofstad said he first noticed a boat belonging to the “Alaskan Bush People” at Petersburg’s South Harbor in early July. The harbor is home to many large commercial fishing boats, including Hofstad’s boat called the Norseman.

Hofstad said when he saw staff from the “Alaskan Bush People” walking around, he started bugging the harbor master to move them someplace else.

“Just cause I don’t want to look at ‘em,” Hofstad said.

On one of Hofstad’s visits to the harbor office, a Brown family member also showed up.

“That one kid, I think they call him Gabe, introduced himself and stuck out his hand,” Hofstad said. “I looked at him, ‘I aint’ shaking your hand.’ He just looked at me and walked away.”

Hofstad is clearly not a fan of the series. The show follows the Brown family through 13 seasons as they attempt to live off the land in Alaska.

But they haven’t always been residents.  In 2014, six family members were charged with 60 counts of PFD fraud for receiving nearly $21,000 in payments when they didn’t qualify. Patriarch Billy Brown, who died last year, and one of his sons pleaded guilty and were sentenced to 30 days in jail, fined and ordered to do community service. They were also banned from applying for PFDs in the future. The deal dropped the cases against the other family members but they still had to pay back the dividends.

“I mean, look what the show is,” he said. “It’s non-residents portraying themselves as Alaskans that basically make us all look like a bunch of frickin’ morons.”

Emily Fehrenbacher knows not all Alaskans like the series. She herself had been an avid follower. For five years, she wrote a column for the Anchorage Daily News about reality TV in the state. She said “Alaskan Bush People” draws a following down south. It had five million viewers in 2015, according to Discovery.

“Really, it’s like a lot of Alaska reality TV shows, where they’re playing up the remoteness and kind of building drama around the typical Alaskan lifestyle,” Fehrenbacher said.

But the Browns push it a little bit further. Further from… reality. And Fehrenbacher understands why it rubs some Alaskans the wrong way.

“It just seemed like a lot of it was pretty staged for television,” she said.

The show’s production company, Park Slope Productions, nor the Discovery Channel responded to requests for comment for this story.

Disgust for the Browns and their show is a popular sentiment among Petersburg residents. Local realtor George Doyle was contacted by the production company but says he didn’t engage.

“We were approached but I didn’t respond to them because again we weren’t interested in having that type of activity,” said Doyle.

Doyle said “again” because this wasn’t the first time. About a decade ago, the show was looking for a plot across Frederick Sound on the mainland in a place called Point Agassiz.

“The folks at Agassiz weren’t necessarily excited in seeing the camera crew and everybody move in there,” Doyle said. 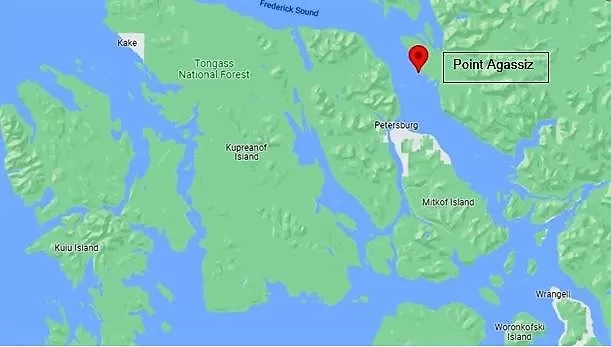 The Brown family has lived in different communities in Alaska over the years and has burned some bridges along the way. About a decade ago they were at Mosquito Lake 30 miles north of Haines on the highway.

Jim Stanford was a neighbor and said “they seemed like conmen.”

“They certainly weren’t living off the land, building their own cabin and stuff like that,” Stanford said. “You could tell they were more users than givers, not really the kind of people that you would want as a direct neighbor.”

He said he doesn’t wish the Brown family ill will but they didn’t fit in with his community where folks helped each other.

“Depending on the neighbors for support and everybody pitching in, the Browns weren’t cut of that cloth,” he said.

Hofstad, Doyle and others in Petersburg say they’re not against all Alaska reality TV. For example, the National Geographic show “Port Protection,” which is based out of Prince of Wales Island is a local favorite. Hofstad said it’s not fake.

“You know, I know some of the people in the show and it depicts… life,” he said.

The “Alaskan Bush People” show was unsuccessful in buying land near Petersburg. Another local realtor did show them a piece of property near town but they didn’t want it.

So, when their boat left Petersburg’s harbor July 15, Hofstad was relieved.

Where they’re headed and whether or not there will be a 14th season in Alaska is unknown. 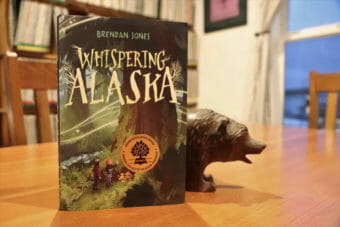