Lingít illustrator Michaela Sheít.een Goade released her first self-authored picture book this week. “Berry Song” was an opportunity to tell her own story and create images inspired by her homelands.

Goade began her career as a picture book illustrator at Sealaska Heritage Institute as part of the Baby Raven Reads program. She has since worked with authors from many different Indigenous nations. The books she illustrated were picked up by major publishers, and in 2021 she was awarded the Caldecott Medal for her illustrations in “We Are Water Protectors,” by Carole Lindstrom.

“And so everything just sort of expanded,” Goade said. “I was able to learn about all of these different cultures and places around the country and into Canada.”

With “Berry Song,” Goade brings her focus back to Alaska. The story and the imagery are inspired by her childhood here in Lingít Aaní, where she was born and raised. It is also the first book that Goade has both written and illustrated herself.

She says it took her some time and experience with the format before she felt ready to tell one of her stories in a picture book.

“Because it’s its own unique art form,” she said. “It has things like the page turn and pacing and narrative storytelling and all of these different elements that I wasn’t familiar with.”

And after helping other authors bring their stories to life with her pictures, she found comfort in illustrating the familiar scenes of Southeast Alaska.

“Getting to work on “Berry Song,” going into the experience of writing the story and then illustrating it, it just felt like coming home. Like I could take all of that experience and return to where I started illustrating and where I grew up.”

Goade hopes “Berry Song” will add to greater inclusivity and representation of Indigenous people in the publishing world. She also wants to help readers understand more about the lifestyle, cultures and land in the Tongass National Forest.

“It’s such a special, unique and incredibly important ecosystem and part of the world,” she said. “Trying to share some of that with a wider audience has been very inspiring.”

The full interview with Goade is available here. 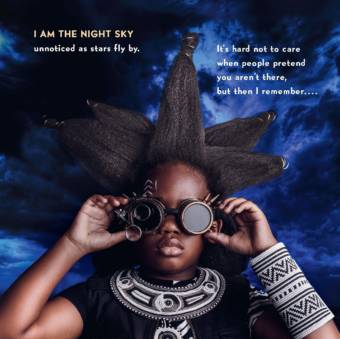 Kids need to see themselves reflected in media. Here are some recommendations

NPR asked children's media experts to recommend their favorite new books, TV shows and video games with characters and storylines representing the diversity of the U.S. 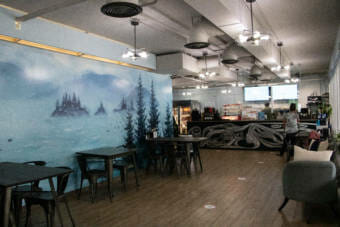 Artist Michaela Goade said Tlingit and Haida “really wanted something to help liven up the space and to help tribal members feel more at home."