Monkeypox, a potentially deadly disease caused by a virulent strain of a virus in the Orthopoxvirus genus, is spreading at an alarming rate, with over 1,800 U.S. cases identified as of mid-July in all but seven states.

Farther north, there is a much rarer, much more recently discovered and apparently much more benign cousin of monkeypox: Alaskapox.

From all indications, the reservoir for the Alaskapox virus is small mammals — as is the case with monkeypox, which contrary to its name, appears to be maintained in rodent populations.

No cases of monkeypox have been detected in Alaska, even though the state Department of Health has urged residents to be on the lookout for it.

As of now, only four people are known to have ever been infected with Alaskapox, three women and one child, all in the Fairbanks area. Since then, investigators have tracked the virus to tiny voles and similar animals that scurry around the region’s boreal forest.

The first human case was in 2015 and discovered by Dr. Zachary Werle of Fairbanks, who treated a patient with what seemed like a spider or insect bite, along with some other illness symptoms that included fatigue and swollen lymph nodes. Werle took a sample, sent it off for analysis, and it was ultimately identified by the Centers for Disease Control and Prevention as a new-to-science strain in the Orthopoxvirus family. It got named for the state where it was discovered.

The second case was in 2020, and two more cases emerged last year. Among the four patients, three were in households with pet cats or dogs or both, which might have been the links between the wild populations and people. There is no evidence that Alaskpox can be spread between people.

While the symptoms have been uncomfortable, Alaskapox has been nothing like its more serious relatives: smallpox, which was present for thousands of years and is believed to have killed more than 300 million people in the 20th century alone but was eradicated globally by 1980, and monkeypox, which causes milder smallpox-like symptoms but nonetheless can cause fatalities, especially among young children, according to the World Health Organization.

Alaskapox does not seem to pose much of a threat to people — at least, not yet.

“It’s difficult to know how a new virus will behave in a population when we only have four cases. We can’t say that it affects all individuals in a population in the same way because we just don’t have the data,” said Katherine Newell, a CDC Epidemic Intelligence Service officer assigned to the Alaska Department of Health. “We don’t know how it might affect, for example, immunocompromised individuals or individuals with serious underlying health conditions because we haven’t seen those population groups affected.”

It is possible that more people have been unknowingly infected, as the symptoms are “pretty non-specific,” Newell said. “A lot of people might just think it’s just a spider bite and feel slightly under the weather and not think much more of it,” she said. Hence the public education campaign by state health officials, she said.

As a newly identified zoonotic disease – meaning a disease that can pass between species – it has gotten a lot of attention from scientists at the CDC and elsewhere. “As with any emerging infectious disease, the CDC is always going to be very interested in finding as much as we can about the virus,” Newell said.

A key question is: How broadly is this spread in the environment?

After last year’s two cases were identified, Newell and colleagues from University of Alaska Fairbanks and the CDC fanned out into the boreal forest around Fairbanks last September to try to get some answers. They trapped 209 small mammals to get tissue and blood samples. The results: 32 of the animals, mostly red-backed voles but also flying and red squirrels, had antibodies showing exposure to some type of Orthopoxvirus, and seven red-backed voles were carrying Alaskapox virus, as shown by DNA analysis.

None of those animals appeared to be affected by Alaskapox or any related virus. “We didn’t find any lesions and they didn’t look sick,” she said.

Another question to be answered: How long has Alaskapox been in the environment?

Newell and her colleagues discovered that Alaskapox predates the discovery of human infections by at least a couple of decades. Tests of animal tissue samples stored at the University of Alaska Museum of the North revealed signs of the virus in red-backed voles dating back to the 1990s, she said.

That compares to monkeypox, which was discovered in 1958 in captive monkeys in Denmark, with the first human infection recorded in 1970 in a baby boy in the Democratic Republic of Congo. So far, the current outbreak has resulted in about 22,500 documented cases globally, according to the CDC.

To Falk Huettmann of UAF’s Institute of Arctic Biology, the recent Alaskapox discoveries carry lessons about environmental health and zoonoses.

There are all sorts of viruses and diseases running through animal populations, such as the current highly pathogenic avian influenza, Huettmann said. The vast majority are unknown to people, he said.

“The issue is about detection. You need to detect to confirm,” he said. When zoonotic diseases are discovered, it’s either by random chance or when there’s a problem “so big that you can’t ignore it,” he said. “In the meantime, there is a lot of stuff out there that we don’t know.”

Another lesson is the importance of small mammals, which are critical parts of entire ecosystems. “They get overlooked,” he said. “Small mammals are not well understood. They’re not well-studied. We do not understand what are the dangers.”

To illustrate his point, Huettmann pointed to budgeting decisions at the state level. The Alaska Department of Fish and Game’s Division of Wildlife Conservation has over 200 staffers, including several biologists managing and studying animals like moose, caribou and bears, but only five positions for biologists devoted to study of non-game species.

A third lesson is about how people can disrupt nature and the natural wildlife population cycles, he said. Those disruptions include human-caused climate change and introduction of vectors through travel and transportation. “All these cycles are really off,” he said. “I think the human system has overruled the natural cycles.”

Alaskapox is not the only new Orthopoxvirus discovered in recent years.

In the nation of Georgia, a new virus was discovered in 2013 in lesions on the skin of a pair of cattle herders. Further investigation found the virus, named Akhmeta after the town where it was discovered, among small mammals like mice.

In Italy in 2015, a new Orthopoxvirus was found in captive monkeys at a sanctuary, 12 of which died. Follow-up testing found signs of that virus, named Abatino, in small rodents. 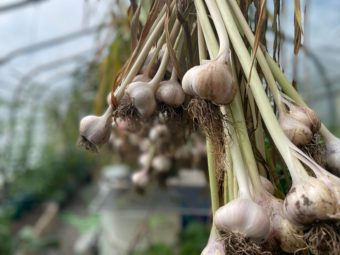