Revak, a Republican state senator, is the successor her husband wanted, she said.

“I feel honor-bound to relay Congressman Young’s belief. Josh Revak has earned Congressman Young’s trust and respect. And as the man of unique integrity he is, Josh will work tirelessly and honestly for our beloved Alaska in the U.S. Congress,” she said in a somber video produced by the Revak campaign.

Revak, R-Anchorage, is a combat veteran and was co-chair of Young’s re-election campaign. He is one of four dozen people running to serve the remainder of Young’s term. He is also a candidate for the term that begins in January.

His rivals have also nailed down endorsements. Republican Tara Sweeney, who was also a co-chair of Young’s re-election campaign, got one this week from the ANCSA Regional Association, representing large Alaska Native corporations. Independent Al Gross has former governor Tony Knowles in his corner. And Sarah Palin was endorsed by former President Donald Trump. Nick Begich III, who was campaigning against Young before the congressman’s death last month, has secured endorsements from dozens of prominent Alaska Republicans.

Anne Young, in the Revak video, says she heard her husband repeatedly encourage Revak to enter the race.

“However, as the man of integrity he is, Josh told my husband that out of respect for him and his legacy, he could not and would not seek Alaska’s lone congressional seat, at least as long as Congressman Young was running,” she says.

She also takes clear aim at Begich, without using his name. She says that compared to other apparent front-runners, Revak is late to the campaign.

“He will not, though, like others before him, ever resort to desperate, mean, hostile tactics just to try to claim a win,” she says.

People loyal to Young have it out for Begich. He chaired Young’s 2020 campaign, but then turned on him. Starting last year, he attacked Young from the right. Begich claimed the 88-year-old was too old and lacked fiscal discipline. He also went after Young’s office policy of requiring that staffers be vaccinated against COVID-19.

The field of 48 candidates will be narrowed to four in a special primary election. Ballots will be mailed to voters starting later this month. 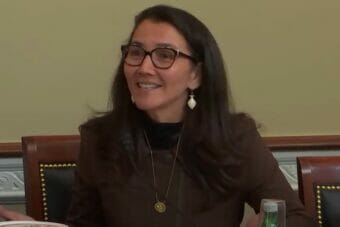