A ballot measure to decide whether to turn Skagway’s medical clinic over to a regional tribal health consortium could go before voters later this year. That’s following a 4-2 vote Thursday evening by the Skagway Assembly.

The assembly has been negotiating with Southeast Alaska Regional Health Consortium to take over health care in Skagway amid high turnover of staff and leadership at the community-owned clinic.

At a March 3 assembly meeting, Assemblyperson Orion Hanson moved to put the sale of all Dahl Memorial Clinic properties up for a public vote.

“SEARHC seems to be kind of an all-or-nothing proposition. They’re only interested now if they can own the building and the land and all the assets and not lease it,” he said. “I was hopeful there will be some sort of opportunity for a honeymoon period, to see if it’s a good fit for Skagway. Apparently, SEARHC is not interested in that.”

The clinic has five permanent positions advertised on the municipal website along with two temporary spots. The clinic only employs 16 full-time staff. Two of the open positions include a nurse practitioner and executive director.

Recently a long-serving registered nurse resigned, and the interim executive director is no longer involved in day-to-day activities.

“I think everybody on this assembly takes responsibility for the short fallings of the clinic because every two weeks, we approve the check run. And a significant part of that portion of that check run is clinic-related, and I know it’s a great source of pride for the community that they own that building,” Hanson said.

The motion passed with four votes for and two votes against. Assemblyperson Jay Burnham voted against it.

“I didn’t quite have enough information to feel comfortable sending it to the voters,” he said. “And also, I think that it, I don’t know if it would really be a popular thing. And I would hate to waste more time with putting it out to a vote.”

The other no vote came from Assemblyperson Sam Bass, who told KHNS in a written statement that he wanted more time to consider the idea of including the building and land in the deal with SEARHC.

The board also voted unanimously to direct the mayor to nominate two members of the assembly to serve on the volunteer-based nine-member clinic board of directors. That board makes the bulk of the staffing decisions for the clinic.

Hanson said this step was taken as a means to help streamline meetings and add people to the board that feel the same sense of urgency expressed to the assembly by their constituents.

“I think our feeling on the assembly is that a lot of changes needed to be made. And we’ve hoped and been patient and waited to see how that would come about, and it doesn’t seem to be changing,” said Hanson.

There is no formal word on when the ballot measure to sell Dahl Memorial Clinic to SEARHC will go to Skagway voters. Hanson thinks it could be as early as July or as late as October, during municipal elections. 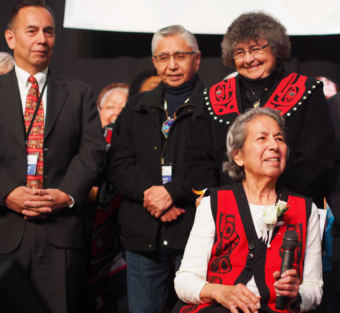 The Alaska Native Sisterhood honored Ethel Aanwoogeex’ Lund as a champion for Native health care at a memorial service in Juneau on Friday. 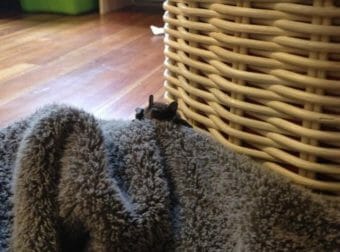 Flat out of hell: One Sitkan has lived with batty housemates for nearly two years

Carrie Fenton first discovered that bats had moved into her Sitka home when one landed on her face. 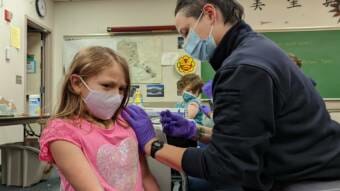