To help tackle the high rates of violence in Alaska Native villages, a bill in Congress would expand tribal court jurisdiction for up to 30 Alaska tribes.

Tribes in the pilot program would be able to try and sentence anyone who commits domestic violence, rape or related crimes in their villages, even if the offender is non-Native.

“Perpetrators are really smart. They know where they can get away with abuse,” said Michelle Demmert, law and policy director at the Alaska Native Women’s Resource Center. “And they’ve taken advantage of villages forever. This is an issue from first contact, where they’ve known that they can do things with impunity … . This is our chance to say, ‘No more.’”

Sen. Lisa Murkowski added the Alaska pilot program to a bill that would renew the Violence Against Women Act.

The last time the Violence Against Women Act was renewed, in 2013, it allowed Lower 48 tribes the power to prosecute all cases of domestic violence on their reservations, regardless of the defendant’s race or tribal membership. Murkowski said she remembers the the passionate arguments against the idea.

“There was a great deal of concern that this was going to change administration of justice, (that) they were not going to be courts that were serious,” Murkowski recalled. “It was a matter that was very hotly contested and debated.”

Now, more than two dozen tribes exercise those powers, with grants and technical assistance from the Justice Department. The predictions of terrible injustice have not come to pass, Murkowski said. The change the bill would make in Alaska is limited, she said.

“We’re not creating Indian Country through this,” she said. “It is just a recognition, that in order to provide for a level of safety in our communities, we had to look to some alternatives.”

Defining the boundaries of tribal jurisdiction is a little trickier in Alaska than in other states. Of Alaska’s 229 tribes, only one, Metlakatla, has a reservation. Tribes throughout the state have courts that decide child protection and adoption cases, bootlegging and interpersonal violence. But their power over non-members is limited. And some argue it’s non-existent.

The House and Senate versions of the Violence Against Women Act reauthorization bill would change that for participating tribes. The Senate bill relies on census tracts to define the territory of jurisdiction, and it leaves it up to the U.S. Justice Department to decide whether a tribe meets all the criteria to be eligible.

“Alaska Natives comprise about 19% of the state’s population, yet are 47% of the reported rape survivors,” Young said on the House floor, explaining the need for the program. “Yet Native villages currently lack any efficient tools to criminally prosecute the offenders.”

Murkowski’s decision to champion the issue strikes some as a reversal. A section she contributed to the 2013 bill seemed to purposely exclude Alaska tribes. Murkowski later said she was trying to recognize Metlakatla’s unique status. But many of her constituents were furious.

Demmert, from the Alaska Native Women’s Resource Center, commended Murkowski for listening, and for acting quickly to get the “Alaska exception” repealed.

“She’s been a great partner,” Demmert said, “and she’s really taken on educating herself and surrounding herself with quality staff who understand the situation in rural Alaska.”

The bill has enough Republican support to pass the Senate, and President Joe Biden said he’s looking forward to signing it.

Alaska Gov. Mike Dunleavy did not take a position on the expansion of tribal criminal jurisdiction when asked about it at a news conference last week where he announced his own anti-crime bills. He said his staff is still reviewing the federal bills.

“We’re going to make sure that everybody’s constitutional rights are protected,” he said. “At the same time, we’re determined to work with any and all groups in the state of Alaska — to protect victims, to protect individual Alaskans, regardless of whether in urban Alaska, rural Alaska, Native, non-Native, and tribal, non tribal.” 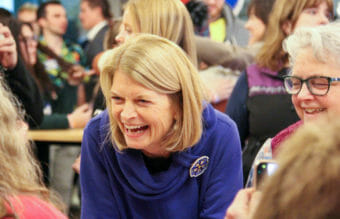 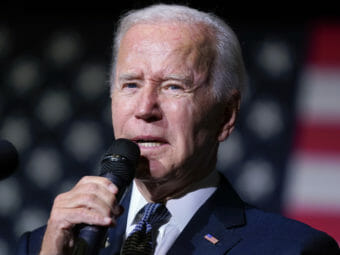