With just two months until the first cruise ships arrive, the Sitka Assembly finally has a plan to see the city through its biggest tourist boom in years. And that plan includes closing one of Sitka’s main thoroughfares on days with high cruise traffic.

From street signs to trash cans to additional bathrooms, Sitka is preparing to receive an estimated 480,000 cruise ship passengers this season following the expansion of the privately owned Sitka Sound Cruise Terminal.

After a lengthy planning process, the Sitka Assembly on Feb. 8 finally approved the city’s new short-term tourism plan, and with it, the decision to close about five blocks of Lincoln Street, from Lake Street to Katlian Street, downtown on days with 3,000 or more cruise passengers. That’s around 71 days out of the summer cruise season.

The decision isn’t universally popular. Shauna Thornton works at a local bank, and she’s worried about access for customers with disabilities. She said they’re looking to install a new ramp, but the ramp is expensive, and Thornton had concerns about the city’s permitting process to install it.

“For just the ramp, without being it shipped here, we’re looking at approximately $15,000, and that’s going to take out two of our parking spaces to go with that,” Thornton said.

Thornton was one of four Sitkans who commented on the plan at the Feb. 8 meeting, but it’s not the only time the Assembly has heard public testimony on it. Last year, the Assembly tasked the Planning Commission with creating the plan for this summer’s cruise season. Since then, the short-term tourism plan has been discussed at more than a dozen commission and assembly meetings combined.

Much of that discussion has been focused on 2022, which is bringing nearly double the number of cruise visitors Sitka had in its previous biggest year. Kent Barkhau said what the town really needs moving forward is more long term planning, and figuring out how to stem the tide.

There is more work on the horizon for the city’s Planning Department, including a traffic study. But for now, Assembly Member Rebecca Himschoot said the plan needed to be flexible, especially if midway through the summer it became clear that certain aspects weren’t working.

“And I hope that my yes vote can be understood to include latitude to adjust. It’s not a hard and fast ‘We’re going to do this plan exactly how it is.’ Rather, we’re going to do this plan and adjust it as we need to, and make room to improve,” Himschoot said. “And I think there are some things coming for Sitka that could be good for all of us, not just visitors. So I want people to be open to the idea of some changes.”

Mayor Steven Eisenbeisz said he would vote in favor of the plan, but expressed disappointment with the Lincoln Street closure. And he invoked the former Mayor, Gary Paxton.

“As Gary Paxton likes to remind me, sometimes it’s harder to deal with success than it is with failure. I think that’s definitely what we’re experiencing right here. Not too many years ago, we sat here wondering how we were going to get our visitor industry back from an all-time low of about 90,000 people wondering what the next steps were for this community,” Eisenbeisz said. “We found a solution to that, we dealt with that now we have almost half a million people coming. And so we’ll find a way. We’ll deal with this as well.”

The tourism plan passed unanimously. The Assembly also approved a tourism budget for the city, including $124,000 for additional staffing, $25,000 for supplies, $150,000 for a traffic study, and nearly $700,000 for equipment like temporary restrooms, a new patrol car, an ATV ambulance, and bike racks.

City staff plan to cover the bulk of the $1.1 million dollar budget with money from the “head tax” collected by the state, more formally known as the Cruise Passenger Excise Tax Fund, which must be spent on services for cruise passengers. The budget does not include money for Lincoln Street closure. The Assembly will likely approve those funds at a future meeting. 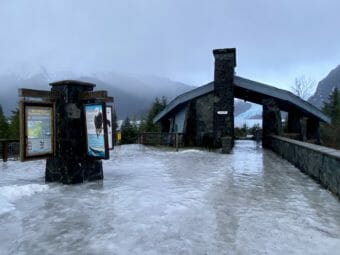