A combination of historically bad weather in the Yukon-Kuskokwim Delta and ill-equipped airports stranded hundreds of passengers in Bethel this holiday season. Volunteers stepped in to donate food and some businesses provided lodging, but passengers still missed out on Christmas at home with their families.

Minnie Tunutmoak has been stuck in Bethel for nearly a week. She’s been coming to the Grant Aviation terminal most days to try to catch a flight back to Scammon Bay where she lives. Tunutmoak’s absence on Christmas cost her and her family some missed memories this holiday season.

“I was supposed to cook everything — turkey and everything — for Christmas. And my kids. Family time. That’s what I missed on Christmas Day,” said Tunutmoak.

Tunutmoak estimates that she’s spent over $300 on cab fare and food so far since being stuck in Bethel. She’d been lucky enough to stay with a relative, but said she may move to a hotel if her flight gets cancelled again.

Others have spent more.

Kenni Ulek, also from Scammon Bay, has been staying at the Long House Hotel. She’s spent $1,400 on lodging because of missed flights.

This stranding is, of course, happening during a pandemic when local health officials are advising people from different households to not spend extended amounts of time inside together.

Travelers who were in town for a doctor’s appointment are being provided lodging from the Yukon-Kuskokwim Health Corporation, according to Vice President of Operations Tiffany Zulkosky.

The executive director of the Bethel Winter House, Jaela Milford, said that about six to eight people stranded from flights checked into the shelter over the weekend.

Grant Aviation is the primary passenger air carrier in the Yukon-Kuskokwim Delta.

Many of the stranded passengers are from coastal villages. Knesek said that part of the reason they’re stranded is because many of those villages don’t have up-to-date navigation and weather tools. If the visibility is low, the pilot needs to land using navigation instruments. If the airport doesn’t have them, the plane can’t land.

Knesek said that he’s been working on getting federal funding to purchase up-to-date equipment for these airports for years. But he says the weather has been so bad that they have barely been able to even travel to villages with up-to-date equipment.

Many passengers have been forced to fly because they can’t travel by snowmachine. Warm, wet weather in the past few weeks has melted the ice on rivers and lakes.

This has been the rainiest December on the books in Bethel, and unseasonably warm. That’s according to Alaska climatologist Rick Thoman. This month follows the coldest November in Bethel in 80 years. Only December 1951 saw more precipitation, but that year was much colder and most of that precipitation was snow.

Grant Aviation, Yute Commuter Service and Ryan Air have all canceled dozens of flights over the past week and a half. But Knesek with Grant said that the trouble began with the cold snap back in November.

“It’s something that I have not seen since I’ve been in Alaska, to where we have the back to back to back storms. We’ve had more complete shutdowns in the last few weeks than I’ve probably seen in the last several years,” said Knesek.

Thoman confirmed Knesek’s weather pattern observations. Thoman said that it may still be a few days before the cycle of stormy weather breaks.

“An old saying in weather forecasting, you know, if you don’t like the weather, it’ll change. And that is certainly true, but both last month and this month, once we get stuck in a pattern, boy it has been slow, slow to change,” said Thoman.

Community members across Bethel have been stepping in to help the stranded travelers by donating food and household items.

A lot of the donations have been coordinated by Aggie Gregory, who said that she was first drawn to helping people at the airport when her friend from Tuntutuliak said that she was stranded and wanted a hot coffee. Now, the operation has grown and it consumed her day on Tuesday.

She drove around town picking up a $300 voucher donated by VFW and 145 sandwiches and other snacks donated by AC. With the voucher she bought diapers for the babies stranded in Bethel.

“Pampers and Wet Ones. And then there’s other people that are, later on, that are bringing, like, spaghetti. And there’s soup that we have to go and pick up to deliver,” said Gregory.

Another woman, Angie Jackson, saw Gregory’s posts on Facebook and then got involved.

“Yesterday we brought just some random snacks and things like that. And then today we did more of a coordinated effort to kind of have hot meals and kind of spread the word,” said Jackson.

Knesek said that Grant has a plan for the next break in the weather. He said that he has a cadre of extra pilots and planes at the ready so he can fly as many people home as possible as soon as it is safe to do so. Knesek said that these flight delays are also delaying mail, but that getting passengers home takes precedence. 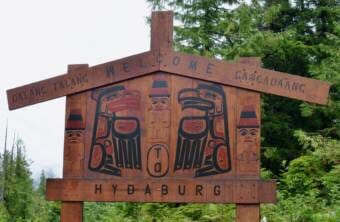