As Sitka’s deadliest bear season in recent memory winds down, the Department of Fish & Game is stepping up outreach to try and prevent a repeat of 2021, when 14 brown bears were killed in the community.

Fish and Game biologist Steve Bethune says he spends a lot of time talking to concerned humans about bears.

“I deal with some real extreme attitudes about bears here in town,” Bethune said at a Nov. 18 presentation on living with bears. “There’s kind of a ‘kill ’em all’ crowd, and there’s the ‘they were here first crowd.’ And I try to get everybody more where I live — more in the center.”

Bethune spoke to an in-person and online audience in Sitka’s Harrigan Centennial Hall. Just as he can’t kill every bear that enters town, Bethune said he must kill some — as they present a legitimate threat to public safety.

He doesn’t use the term “problem bear” because he believes bears aren’t the problem.

“Because they’re just bears being bears,” said Bethune. “It’s actually people that are the problem. And the bears are using the intelligence that they’ve been created with, and all their resources, and they have to do the best they can with whatever they can just to survive.”

Bethune said that bears come into contact with humans because we provide them with a limitless supply of high-calorie food. A domestic chicken has about as many calories as a salmon. A greasy pizza box is also rich in calories. Even with 14 bears removed so far this year, he said “the calls keep rolling in.”

The exact number of bears in Sitka is elusive because their sense of smell is legendary — 10 times better than a bloodhound’s, 2500 times better than ours — and they are extremely mobile. Today’s Sitka bear might have been far away yesterday.

“Moving long distances for these bears is really, really common — up to 50 miles a day is not unheard of,” Bethune said. “And we know from radio collar data that they’re excellent swimmers. Even here in town, you know, the bears are using all the little islands, and then there’s Middle Island, Kasiana Island, Apple Island. We’ve had a bear over on Japonski Island, and I’m pretty sure they’re not walking across the bridge.”

This mobility is why relocating bears isn’t feasible. Many of the complaints Bethune receives involve his decision to kill a bear rather than trap and move it to a far-off island. Short answer: It doesn’t work.

Bethune said that a bear that doesn’t make it back to its home range will likely come to harm. He likened it to a non-urbanite like himself being dropped into Times Square completely unprepared.

Although this has been the worst year for urban bear mortality in Sitka in the last 30 years, Bethune believes an answer has emerged recently that can help enormously: inexpensive electric fence kits. He said the department has purchased several at less that $300 that can be loaned to residents while they work on permanent solutions at their homes.

“It’s unsecured garbage that’s a problem,’ said Bethune. “When I remove a bear, that is treating a symptom and not treating the root cause”

As for when bears will finally head into their dens for the winter, Bethune said there wasn’t a precise date. Some sows with cubs might den up in October. For other bears, he said “Thanksgiving is kind of a general standard.” 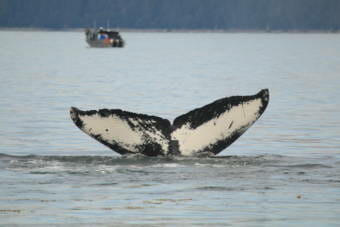 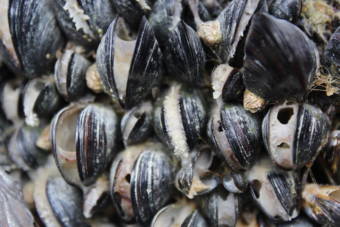 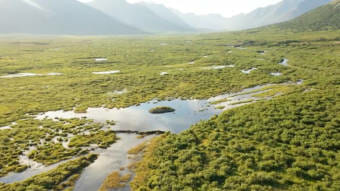 Beavers are moving to the Arctic as the Alaska tundra heats up and the beaver population rebounds after centuries of trapping. A study published in December shows the small, industrious mammal is accelerating climate change in the north.