“With the federal contract provisions that require vaccinations,” Pitney told reporters during an online news conference on Tuesday.

Pitney said the federal contract vaccination requirement applies to a large but defined set of employees estimated to total 2,000. The group includes anyone paid by a federal contact — estimated at more than 750 UAF and UA employees. Plus, it includes “anyone who supports them or works near them,” Pitney said.

The federal contract employee vaccine mandate is in addition to existing UAF vaccination requirements for students living in dorms, those in certain classes where social distancing isn’t practical and student athletes.

Noting that while medical and religious exemptions will continue to be offered, UAF Chancellor Dan White said employees covered by the federal contract vaccine requirement must comply to keep their jobs.

“With respect to what happens on Dec. 8 or soon thereafter, this vaccine requirement becomes a condition of employment,” he said.

“There have been different opinions expressed, but the majority have been support,” he said.

Alaska is challenging federal vaccination mandates and Gov. Mike Dunleavy issued an administrative order Tuesday defending Alaska from “federal government overreach.” President Pitney said the university does not fall under the order because it is not a state agency, adding that it voluntarily chose to sign the contracts.

“We’ve chosen to protect the jobs of more than 750 individuals and to protect the research mission and in some sense the economy of the state,” she said.

Editor’s note: This story has been updated to clarify how many university employees the vaccine mandate impacts. It applies to about 2,000 workers — not about 750 — after accounting for those who work with and near staff directly paid through federal grants. 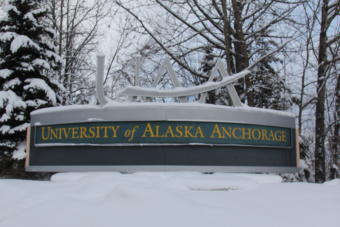 The Legislative Council voted 12-1 to approve filing a legal brief backing the lawsuit. 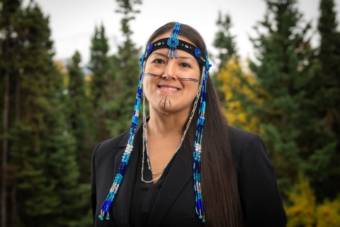 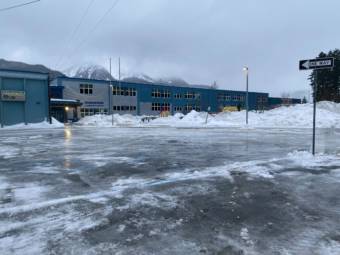