Teachers at Kalifornsky Beach Elementary School were told to temporarily stop teaching a book after a school administrator found it age-inappropriate. Separately, the district withheld books about sexuality from the Seward High School library that it deemed controversial.

“Ultimately, what we’re looking for is accountability and making sure that our school district follows its own policies,” he said.

District Superintendent Clayton Holland said the school district is aware of the complaints and is looking into them.

“We’re not out to limit anyone’s instruction or, in particular, a kid’s ability to pick up a book that they choose to pick up and read,” he said.

Last month, two fourth- and fifth-grade teachers at K-Beach Elementary came under fire for reading their students “Flight of the Puffin,” a novel by Anne Braden about inclusivity that features non-gender-conforming characters.

Erfurth said the teachers read the book to create an inclusive environment for non-gender-conforming students in the class, and that they skipped portions of the book they deemed irrelevant or age-inappropriate. In their weekly updates to parents, the teachers posted notes about the sections they were reading out loud.

After a parent complained to the district office, the principal of the school sent an email to parents saying she regretted that the book was read aloud in class, since she reviewed it and decided it was not age- or grade-appropriate.

“While the overall theme of the book is acceptance, there are topics that are best left to families to discuss,” the email said. “Our school’s role is to focus on academics, and this book is not approved KPBSD curricular material for instruction.”

According to the district’s policy review manual, books and other instructional material cannot be taken out of circulation until a formal complaint process is finished. Individual students can be excused from reading the challenged material. But the policy says, “Use of the materials by a class, school or the District, however, shall not be restricted until the Board has made a final decision.”

After the district superintendent receives a complaint about a material being taught in class, a committee of administrators, teachers and community members convenes to review it. The decision made by that committee then heads to the school board for review and approval.

The book that the teachers were reading with their classes isn’t officially written into the class curriculum. Therefore, Holland said, it’s not subject to the same review process.

“We’re not into censorship of any kind and believe in books that promote kindness and tolerance,” he said. “When it comes to the one you’re talking about, it really involves making sure we know it’s age-appropriate. And if there’s any questions about it, making sure parents have an awareness, too.”

And he said the school is taking an immediate pause on the book, not banning it altogether, while it reviews whether it is age appropriate.

Erfurth said discretion on which books to read in class is usually left to teachers. He said the book should have gone through the traditional review process.

Separately, the district recalled books this August sent to the Seward High School library during a routine restocking, including titles with LGBTQ themes.

In an email dated Aug. 20, Assistant Superintendent Kari Dendurent told the school secretary she filed a request to recall several titles from the school’s library. The subject line of the email reads “Controversial books sent to Seward High School that need to be verified as appropriate for teens.”

Titles on the list include “The Gay Liberation Movement,” “Everything You Need to Know About Bisexuality” and “I Am A Feminist,” as well as “We Are Not Yet Equal — Understanding Our Racial Divide,” and “Being Jazz — My Life as a Transgender Teen.”

In the email, Dendurent asked the school secretary to retrieve books on the list if they had already been checked out by students.

Holland said those books were returned to the library earlier this month.

“I’m looking into why the delay on books being returned,” he said.

On Oct. 10, Soldotna High School Librarian Tamra Wear sent an email to the school board about the books, saying students are entitled under federal and board policies to equal access of materials and resources that reflect their own lives.

Erfurth said he’s particularly concerned that the books that were called back centered around LGBTQ characters and themes, since there have been several reported instances of bullying of transgender and queer students in Kenai Peninsula schools.

“The problem right now, the thing that makes me concerned, is there is one demographic here that is starting to see some strange decisions that the district is making,” he said. “And we want to make sure that we don’t let that continue.”

The Kenai Peninsula Education Association filed a personnel complaint against Dendurent following the incident. Those complaints are handled by the supervisor of the person listed in the complaint.

Holland said he is unable to talk about ongoing complaints against staff.

Erfurth said, even amid those two instances, the district has also done a lot of good in creating an inclusive space for students.

“The fact that what’s happened over the last several weeks is such a shock to a lot of people, that’s actually a good sign,” he said. “Because that means this sort of thing is not the norm in our school district. It’s an aberration. Which makes it all the more important that we address it.”

He said that recently, the district created a resolution that allows for symbols of inclusion inside classrooms, like Pride flags, in response to an uptick in student vandalism. He said the district is also convening a committee on civil rights, which is meeting for the first time tonight. 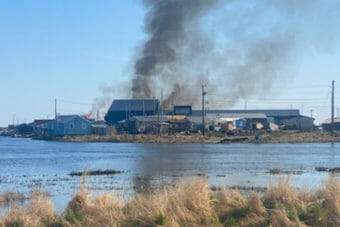 No injuries or deaths have been reported, but multiple buildings used by the school were damaged. 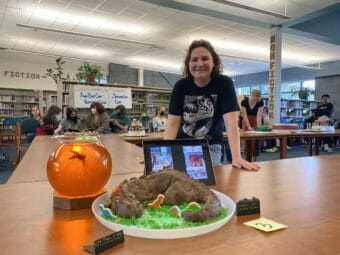 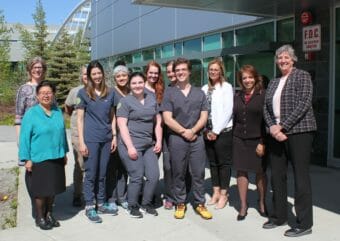 The grant will fund the construction of new laboratories and classrooms, which will allow the university to graduate an additional 100 healthcare workers annually.