It is the 86th year of the assembly. The time is used to update tribal delegates and citizens on the past year. It is also when the tribe adopts resolutions and holds elections for its delegates.

Right now, there are 119 delegates in the tribe’s assembly. They represent tribal citizens in 19 communities throughout Southeast Alaska, Anchorage, Seattle and San Francisco.

Chalyee Éesh Richard Peterson is Tlingit and Haida’s president. During his tribal address, he talked about the tribe’s advocacy efforts, tribal businesses, expanding the Tlingit and Haida campus and how the tribe has responded to the pandemic.

The tribe is retiring the term “service area” and is bringing back tribal liaisons to meet tribal citizens where they are, according to Peterson.

“We hope to work with the local tribe to establish and place them there so that not only can they help our citizens navigate our programs, but they can help them to navigate local programs,” he said.

A lot of people wanted to know more about the tribe’s broadband project. Its focus is to provide reliable Internet connections to help with education, health care and economic development.

Internet access was also a central issue in the U.S. Secretary of the Interior Deb Haaland’s keynote address.

She said Native communities were left behind long before the pandemic.

“The pandemic put a spotlight on the disparities that already existed, including a lack of basic resources like running water, adequate health care and functional broadband,” Haaland said.

The American Rescue Plan, the federal COVID-19 stimulus law passed in March this year, tries to make up for those disparities, according to Haaland. She said the law is the biggest investment in Native communities the U.S. has ever made.

Haaland also said the Biden administration wants to include Indigenous people in discussions on climate change and clean energy.

Haaland is the first Indigenous person to hold the U.S. Secretary of the Interior position. Delegates said it was momentous that she came to Tlingit and Haida’s tribal assembly and that no one of that position has come to their assembly before. 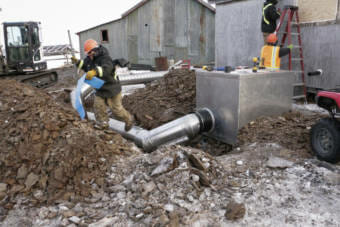 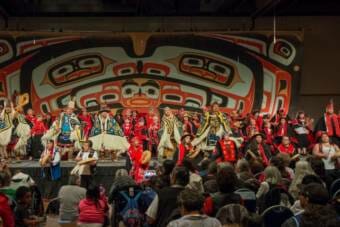 Corporations and tribes serve the same communities, but sometimes the two entities are at odds or struggle to coordinate over community decisions. 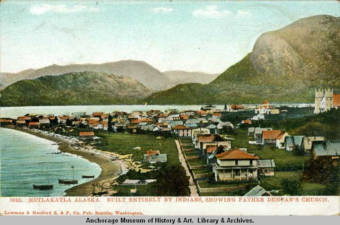