A second top-level employee abruptly resigned from Juneau’s Bartlett Regional Hospital late last week. Chief Behavioral Health Officer Bradley Grigg tendered his resignation on Friday, after four years with the city-owned hospital. Neither the city or the hospital board acknowledged publicly that he’d left until Monday.

In his letter to the hospital’s Board of Directors, he wrote that his position is no longer a good fit due to “personal issues.”

Grigg’s letter came just after CEO Rose Lawhorne stepped down. Lawhorne left her role after six months and was subsequently fired for having an “inappropriate relationship” with a subordinate employee. City manager Rorie Watt declined to comment on whether the resignations are related.

The volunteer-run hospital board will meet on Friday to discuss a plan for hiring a permanent CEO. It is unclear whether the interim CEO, Kathy Callahan or the yet-to-be-hired permanent CEO will hire Grigg’s replacement.

This is a breaking news story that will be updated.

A previous version of the story misspelled Rose Lawhorne’s surname.

Tracey Dompeling will take over in the lead role from interim officer Karen Forrest on June 20. 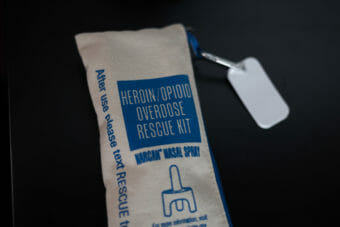 The kits have two doses of Narcan, a fentanyl testing strip and a safe bag to dispose of pills. 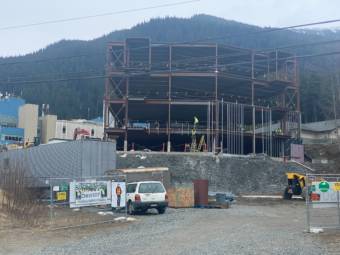 Bartlett Regional Hospital officials say there are about 50 people waiting for care after an initial assessment.