At the start of what appeared to be any other school board meeting, the agenda was changed to add a last-minute spotlight. One of the board members asked Superintendent Bridget Weiss to look under her chair, where she found a piece of paper and was asked to read it out loud.

“What! I cannot read that out loud,” Weiss said.

“This is one of my very favorite things that I have the privilege of doing each year,” Parady said. “I’m just so delighted to be here in my hometown to present a very special award.”

Some of the criteria for Alaska’s Superintendent of the Year award are state-level involvement in promoting public education, demonstrated leadership skills and evidence of district-level improvements. Parady went on to read statements about the reasons Weiss was selected.

“Dr. Weiss is an excellent leader who is passionate about bringing quality education to Alaska’s students,” Parady said. “She has done admirable work during the pandemic to ensure her students and staff can continue to succeed while keeping their health a priority. She is an example of a servant leader for her colleagues statewide.”

The surprise presentation left Weiss at a loss for words.

“I do not know how that was pulled off,” Weiss said. “I want to know who in this room knew that that was happening tonight. Thank you. I really am completely speechless. I just had absolutely no idea.”

Weiss has served as Juneau’s superintendent for four years but has worked in the district for eight. She was recently included in a Time magazine article featuring educators who went above and beyond during the pandemic.

“I will continue to say this: It takes a team,” Weiss said. “I have a great team all the way around and you’re all in this room, so thank you.” 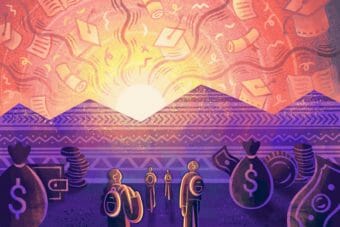