After the pandemic ground Skagway’s cruise ship traffic to a halt, municipal officials began looking for ways to put its unemployed residents to work and attract independent travelers to the remote Alaska community.

One concept was to improve the municipal trail system. Between a series of grants and money pulled from municipal coffers, several projects were green-lighted. Those included flagging a trail to the Denver Valley, brushing the trail to Lost Lake, and improving the Lower Dewey Lake trail system. A total of $215,000 has been set aside over the last two years as part of the manager’s economic stimulus program.

A Packer Expeditions crew led by former mayor Tim Bourcy was awarded the $25,000 contract to help rework the backside of the Lower Dewey Lake Loop trail. And that project has turned into more than just making a great trail.

“There’s a lot of down and dead timber up here. So it’s a pretty major fire hazard. So part of this process, we’re trying to reduce the fuel load as much as possible and distribute wood to different campsites,” Bourcy said.

And the crew has found evidence of an old forest fire near the south end of the lake.

“This is actually all ash from a previous fire,” crew member Josh Colosky said. He was wielding a rock bar and unearthing large rocks to clear the way for a smooth trail surface. “I mean, a lot of this was burned in that area. So I’m finding rocks here with burn marks in them.”

The improvements to the trail include adding new elevation to the backside of the loop and bringing the trail close to features like a rock configuration that resembles a deadfall trap. The project will also bring new bridges, steps and signage.

“The backside of lower lake is gonna be completely redone,” Bourcy said. He expects to be finished by the end of this week.

Skagway’s Ad Hoc Trail Committee is currently working on the part of the comprehensive trail plan that includes the Dewey Lakes trail system from Sturgill’s Landing north to the Canadian border, including the Denver and Laughton Glacier areas. Then they’ll tackle the region from Yakutania Point up through AB Mountain and north over to International Falls.

“After that, we’ll focus on the trails on the west side of the valley. So West Creek, Dyea, Norse Valley, and that whole area,” said committee chair Nicole Kovacs. She said they are working on connecting existing trails like the Devil’s Punchbowl to Sturgill’s Landing and making a trail from the Lower Lake Loop to a nearby waterfall. They also have wish list trails to add to the plan.

“There are dream trails like ones that are a little further out there, like a trail to the Katzehin or Paradise Valley, and things of that sort,” Kovacs said.

There have been discussions about adding a cabin or hut system, which haven’t been approved yet.  There’s also consideration for more mixed-use trails, like cross country skiing, horseback riding, snow machining and mountain biking. But those projects are still in the early stages.

“Things like cabins or establishing tent sites, fire rings, helicopter landing areas, those are definitely things that also come along as we look at the trails,” Kovacs said.

The Ad Hoc Trail Committee says it encourages public input and invites the community to participate in the process of expanding Skagway’s trail system. Their next meeting will be at 4:30 p.m. Wednesday, September 15 at AB Hall on Broadway Street in Skagway. 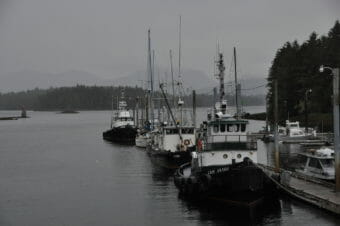