Gov. Mike Dunleavy added bills on Thursday in response to the recent COVID-19 surge to the agenda for the legislative special session.

One bill would expand the use of telehealth care and allow hospitals and nursing homes to do background checks on their own rather than going through the state system during a state or federal public health emergency or disaster. It would also empower the state’s health commissioner to temporarily order insurers not to require hospitals to follow rules they usually require.

Another bill would allow Alaska to join a multi-state compact that makes it easier for nurses in one state to be licensed in the others. A Senate committee considered a version of this bill during the regular session.

The state’s hospitals had asked Dunleavy for a new disaster declaration on Wednesday. But on Thursday, hospital leaders told lawmakers at a House Health and Social Services Committee meeting that what’s most important is for the state act quickly, no matter the method.

Yukon-Kuskokwim Health Corporation Chief Medical Officer Dr. Ellen Hodges described a patient from a village who was critically ill with a condition other than COVID.  Her hospital doesn’t have an intensive care unit and usually sends its sickest patients to the Alaska Native Medical Center. But the ICU there was full. So the patient’s doctor had to call hospitals around the state as the patient’s health got worse. Eventually the doctor was able to find a bed.

“The choice of an unvaccinated person to go maskless in a crowded venue causes a person in a village hundreds of miles away to go without the resources needed to simply survive, regardless of whether that person made the choice to get vaccinated and wear a mask,” she said.

Matanuska-Susitna Regional Medical Center CEO David Wallace said the long surge has worn down hospital staff. He recounted an experienced nurse saying last week was the worst she had ever seen.

“She is watching the desperation on the faces of patients that are far too young to be dying from a disease that has a preventable application called immunization,” Wallace said.

He said the hospital has begged nurses who are prepared to walk away from their jobs to come back for the next shift.

Jared Kosin, president of the Alaska State Hospital and Nursing Home Association, said the state must act swiftly. He called on Dunleavy’s administration and the Legislature to work together.

“We are in crisis,” he said. “Our sole focus and interest is getting resources and support to our facilities and caregivers as fast as possible. … All we want is support. And we want it now.”

State health commissioner Adam Crum said the bills’ provisions address the concerns raised by the hospitals. He also noted that state law requires the Legislature to vote on extending disasters longer than 30 days. The state extended the disaster using new orders last winter when the Legislature was in session.

Alaska Native Medical Center Administrator Dr. Bob Onders said his hospital is “not doing well at all.” He said the staff feels that the public and government are not recognizing the strain on hospitals.

“The general perception is no action is being taken,” to help hospitals, he said.

Providence Alaska Chief Executive Preston Simmons said hospitals have fewer nurses per patient due to being at capacity. He said the surge here could continue to grow until late September if it follows the pattern of other countries.

He emphasized the importance of wearing masks and pointed out that, while children generally do get less sick from the disease, they often spread the virus.

He also noted that COVID-19’s growth was less in the spring when schools required masks, and Alaska’s surge grew after some districts re-opened without requiring masks.

“We need to be smart and take care of each other by masking up,” he said.

But at least one lawmaker had a different concern about the testimony.

Wasilla Republican Rep. Christopher Kurka pointed to data that Israel is experiencing COVID-19 increases despite having a high vaccine rate, and that a rising share of those hospitalized are vaccinated.

Hospitals leaders have said a disaster declaration would allow more aggressive use of telehealth care. They’ve also called for the state to streamline state background checks and licensing for hospital staff.

The other items on the special session agenda include the governor’s proposals to enshrine the permanent fund dividend in the state constitution and lower the constitutional limit on state spending. A bill to fund PFDs and other items is also on the agenda.

The special session must end by Sept. 14.

Correction: An earlier version of this story stated the state hospital association called for the governor to issue a disaster declaration last week. It called for a declaration this week. 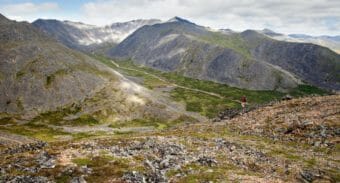