Golden Valley Electric Association and a nonprofit that promotes electric vehicles in Alaska celebrated on Saturday the installation of a new electric-vehicle charging station in Cantwell. It’s the fastest EV charger in the state.

The charging station is on a property owned by Kirk Martakis, a local businessperson, EV owner and true believe in the technology.

“Man, it’s just been so wonderful driving electric,” he said. “We can’t even think of going back to gas anymore.”

Martakis has operated an EV charging station at the site for about four years now, using energy collected from his solar panels. Hence, the name of the facility: Driving on Sunshine.

“I started with solar and wind power for running my home,” he said in an interview Thursday.

But the old charger’s technology was much less powerful and slower than the new 50-kilowatt DC charger, which has been operating for about a month now. Martakis says it would take about six hours for the old system to charge an EV battery enough to get from there to Anchorage or Fairbanks.

The new fast charger cuts that time to about an hour. And Martakis has plans on how to keep customers occupied.

“As time goes on, there’ll be a little coffee shop and lodge here,” he said, “and people will be stopping in and having things to do while they charge.”

The fast charger was made available largely through the efforts of Kris Hall, an Anchorage engineer and EV owner and advocate. He and wife, Sara, run ReCharge Alaska, an organization that’s helping develop a network of charging stations throughout the state.

Golden Valley Electric Association partnered with ReCharge Alaska to set up the fast charger in Cantwell. GVEA is supporting the effort with a $49,000 grant and other assistance.

“This is a unique charger, in that it’ll be the fastest one in Alaska,” says Golden Valley spokesperson Meadow Bailey.

She says the utility is interested in supporting the fast charger because its members have expressed a lot of interest in EVs. And also because, if EVs begin replacing fossil-fuel-powered vehicles, it might help clear the air in Fairbanks.

“We know we have issues with air quality,” she said, “and electric vehicles are one of the solutions that we see.”

“So then we would have one on the Cantwell side, we’d have one in the Fairbanks area,” she said. “Delta would be the other.” 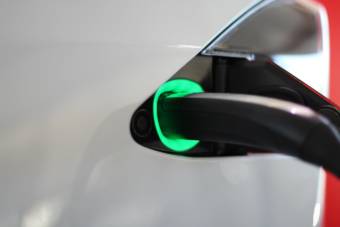 Efforts are underway to build a network of electric vehicle charging stations along the Railbelt that developers hope could connect the Kenai Peninsula to Fairbanks. 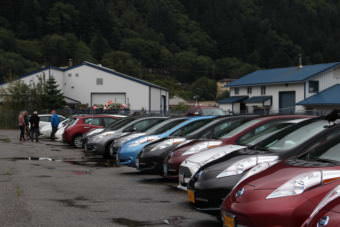 Faster chargers consume large amounts of electricity for short bursts of time, which means a business hosting a charging station may have to pay a high demand charge. 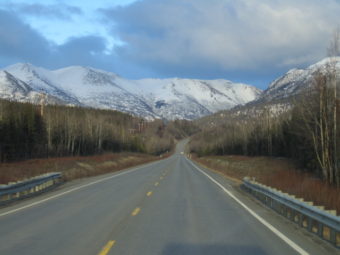 For Alaska's railbelt, electric vehicle charging corridor may be on road to reality

The state plans to install level-three chargers, which can charge some cars in under an hour.