For decades, Kwik’Pak Fisheries in the Western Alaska village of Emmonak has provided reliable summer employment in one of the state’s most unemployed regions. The company is the only fish processor on the Yukon River.

But with salmon runs low and commercial fishing closed, it’s offering few jobs this summer. Commercial fishermen and women are feeling the economic stress, and those who are still working at the plant have had to transition to new roles.

Every day at half past noon, Paul Andrews walks to the river bank in Emmonak, stopping at a small metal marker nestled on a dune. He takes out a surveyor’s measuring tape, hooks it on to the marker and walks it to the water line. Then he phones the National Weather Service.

Andrews is measuring the water level of a slough off the Yukon River, not far from the mouth. He marks the rain gauge and the level in his yellow notebook. He usually takes his youngest child with him for the task.

In Andrews’ notebook, the water levels date back to early July. That’s when he started this job. He gets paid $9 per day. It’s a massive pay cut from his previous work.

In prior summers, Andrews worked as a commercial fisherman for Kwik’pak. It was his only employment during the year, and he said that he usually made $10,000.

“My wife works. But you know, that’s not enough. But we get by,” said Andrews.

He took the water reporting job this summer because he knew there wouldn’t be any commercial fishing openings. The chum salmon numbers on the Yukon tanked last year, and sunk to record lows this year. All commercial and most subsistence fishing for salmon on the river is closed.

Usually Kwik’Pak pays out $7 million to $10 million to local workers. This year it’ll be paying out $700,000 to $800,000 to plant workers, and nothing to commercial salmon fishermen and women.

Kwik’pak is able to hire plant workers at all because it is experimenting with new endeavors. The company built three greenhouses to grow vegetables, and it’s trying its hand at very limited commercial cod processing. This summer the company is buying a few fish from commercial cod fishermen to see how it goes, though they’re not selling it quite yet.

Most of the people working at Kwik’pak this summer are its long-term, most loyal employees. And they’re all having to get used to new roles. Like Lisa Andrews. Usually she does fish accounting, but now she supervises teen workers in the greenhouse.

“I wasn’t certain, but now I like it. These kids actually grown on me,” said Lisa Andrews, who is not related to Paul Andrews.

When she started hearing about the low chum runs, she said she thought she might not have a job at all this summer.

“I called many times, because I was worried that I wasn’t going to work,” she said.

She said that she’s lucky she got a job. She had worked at a gardening store in Anchorage, so she felt prepared for the new role.

There’s also some folks who haven’t quite felt the impacts of the low chum numbers on their job descriptions yet. Like welder Richard Akaran from Kotlik. He’s wearing overalls and a thick leather welding jacket. He builds boats for the Yukon Marine Manufacturing company, which sits on the Kwik’pak campus.

“We build boats for the fisherman. The fishermen that fish for Kwik’pak,” Akaran said.

For now, he said, his job hasn’t changed. But he knows it could. It’s been two years of low chum runs now. Already other welders have been impacted. Half of them have not been hired back. Akaran said that he hopes next year’s runs are better.

Meanwhile, Kwik’Pak and its workers are trying to keep up with chum runs that are declining faster than the industry can adjust. 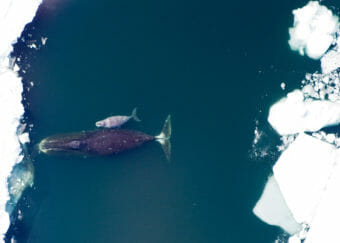 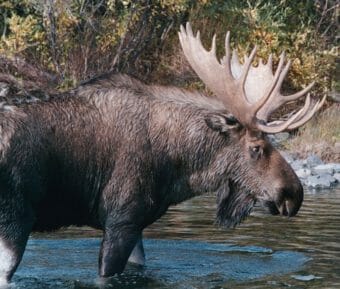 The changes in the Togiak National Wildlife Refuge fit a wider pattern of wildlife shifts that affect subsistence users. 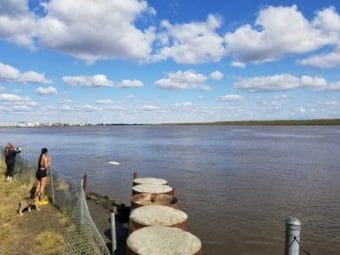 There’s not much data on where the beluga that swim along the region’s coast are migrating from.