The Yukon-Kuskokwim Delta is the second largest region in the United States without access to broadband internet, but not for much longer. One tribe plans to beam down the region’s first broadband speeds from space.

The current state of internet access in the Y-K Delta is abysmal. Three hundred dollars a month buys you 10 Mbps download speeds, which is 100 times slower than what’s offered in many U.S. cities. Families regularly pay hundreds of dollars on top of that in overage fees because data is capped at 100 gigabytes per month.

GCI, the internet service provider for the region, said that’s because the network of microwave relay towers that serves western Alaska has limited capacity and cost hundreds of millions of dollars to build.

Tribal Chief Mike Williams Sr. is excited for all the ways that broadband could change life in Akiak.

“It’s going to improve the quality of life in all areas: health care, education, economic development and other services. But we’re so excited about catching up to the digital world that we’ve been left behind so, so long,” Williams Sr. said.

Akiak created a company called Akiak Technology to deliver broadband to the village. CEO Kevin Hamer said that the solution they came up with will more than double internet speeds to at least 25 Mbps download speeds, have a higher data cap of at least 150 gigabytes per month, and cost less than the current option.

“We’re looking at hopefully half of that cost,” Hamer said.

Satellites will beam internet signals into a central tower in Akiak, which will then be rebroadcast to each home in the village using a special radio frequency called 2.5 GHz spectrum. Hamer said that 2.5 GHz spectrum allows signals to travel far distances through obstacles like trees or buildings. The FCC offered the frequency, normally reserved for educational purposes, to rural tribes in 2020 to try to close the nation’s digital divide.

Hamer said that Akiak will be the first tribe in the region to use this broadband solution, but it doesn’t want to be the last.

“We’ve come up with the most feasible broadband option, not just for Akiak, but it’s reusable for all the other tribes,” Hamer said.

Akiak partnered with four other Y-K Delta tribes: ONC, Kwethluk, Tuluksak, and Akiachak to create the Y-K Delta Tribal Broadband Consortium. Hamer said that the consortium will help any tribe that joins set up the same system in their community.

About half the tribes in the Y-K Delta have joined a separate, state-wide consortium with the same goal and strategy. This group, Alaska Tribal Broadband, is also using OneWeb’s satellites to help deliver broadband to rural Alaska tribal communities.

Alaska Tribal Broadband CEO Craig Fleener said that those communities will build their infrastructure out next year. Fleener said that Akiak is the first and only tribe he knows about that plans to install broadband this year.

“It’s really a good opportunity for the rest of the tribes around the state to see how this employment is going to work,” Fleener said.

The reason why Akiak will be first to achieve broadband internet speeds is because the tribe paid for the project using American Rescue Plan Act funding.

Other tribes in the Y-K Delta are applying for a federal grant available for rural tribes to expand broadband access. The National Telecommunications and Information Administration has nearly $1 billion available for this purpose. The deadline to apply is September 1.

Akiak Technology’s Hamer said that even if not everyone in the Y-K Delta uses the satellite internet option, he expects everyone to benefit from it.

“It’s either going to make the competition lower the prices, or offer better services, or both,” Hamer said.

GCI, the existing service provider in the region, seems to be doing just that. It announced this month that it is investing millions of dollars into satellite internet. GCI also recently said that it is planning to connect Bethel to fiber optic internet, which would be an upgrade even from LEO satellites. 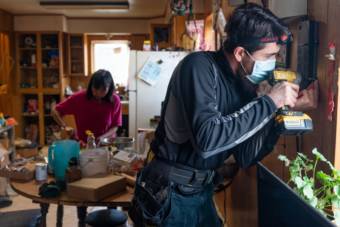 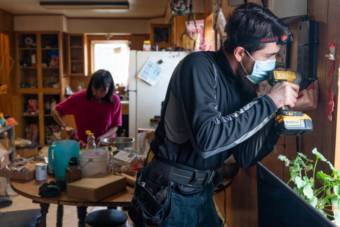 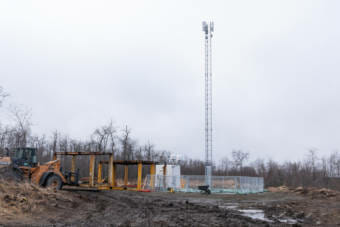 New report could guide how Alaska spends $1.5B in federal funding for broadband

A new task force report could help the state decide how to spend $1.5 billion for broadband from the federal infrastructure law.