Earl Atchak, a traditional mask maker in Chevak, said that he normally pays around $350 a month for internet access.

“But sometimes that can almost double,” Atchak said.

In Chevak, 100 gigabytes of internet service from United Utilities, Inc. costs $299.99 a month. That’s not including the steep price incurred by going over that limit. Where Atchak lives, the cost of his internet is a third of the average person’s income. The median income per capita in the Kusilvak Census Area is under $1,000 per month.

But Atchak said that he doesn’t see any other option than to continue paying. That’s because while villages are locked down during the COVID-19 pandemic, he still needs to see his family and sell his artwork.

UUI is a subsidiary of GCI, which built the network that provides internet service for nearly all of Western Alaska. GCI Spokesperson Heather Handyside said that the high price of internet service in this region is because the network was so expensive to build. She said that the TERRA project, which began in 2010 and was completed in 2017, cost GCI $287 million out of its own pocket, in addition to a $44 million government subsidy.

“That’s a huge investment to connect those 45,000 people,” Handyside said.

Other Y-K Delta residents say that the high cost of internet access is not even the main problem. In some cases, there is no internet regardless of how much people are willing to pay.

In December 2020, Akiachak Limited, a company that provides electricity, fuel, groceries, and check cashing for its village, reached its 100 gigabyte limit with UUI. President Jason George said that the company was using more data because it was holding its meetings online due to the pandemic. The company was able to pay overage fees to use another 25 gigabytes, but after that George said that the internet stopped working.

“I don’t see why they have to shut off the internet. We pay our bills every month, and they should know that,” George said.

Handyside said that the internet is not actually ever shut off. But she said that after customers in certain communities buy an extra $200 of data on top of their monthly package, they’re limited from purchasing any more until the next month and their internet is slowed to 512 kilobytes per second. That’s 20 times slower than normal service in Akiachak, and nearly 2,000 times slower than what GCI offers without a data limit in Anchorage. George said that at that speed, it’s essentially the same as being shut off.

“You just couldn’t even get a page loaded,” George said.

For the last week in December, George’s company had to relearn how to do everything without the internet. Employees couldn’t email vendors that Akiachak Limited buys from. Credit card transactions had to go through the phone line, which took minutes instead of seconds. Plus, the company’s end-of-year accounting process was delayed.

John Wallace runs a company that provides IT support for Akiachak Limited and other small companies and tribes in Western Alaska.

“The internet has become a lifeline for business. Internet now is like electricity,” Wallace said.

During the COVID-19 pandemic, the Federal Communications Commission approved a subsidy to help households that are low-income or live on Native American land pay for internet access. But Wallace said that doesn’t help companies like Akiachak Limited that can easily run through their allotment of high-speed internet.

“It may cost you less, but you still don’t have internet,” Wallace said.

Handyside said that the imposed internet slowdowns are due to technology limitations in remote Alaska. In metropolitan areas like Anchorage, customers can connect to the internet through fiber-optic cables, which can transport huge amounts of data very quickly. But Handyside said that fiber hasn’t reached many remote parts of Alaska.

“When you get further out, you can’t build fiber either because the distance, or the cost, or the heavily regulated lands that are surrounding a lot of rural Alaska. You have to have a different strategy,” said Handyside.

Handyside explained that GCI’s network of over 100 towers in Western Alaska use microwaves to relay internet signals from villages back to places that are connected to fiber internet.

“Microwave is also very fast, but the capacity can be limited,” Handyside said. “In some communities, especially the more remote communities, we simply don’t have additional capacity available to provide.”

Some companies are now promising to add additional internet capacity in places like remote Alaska. Those solutions don’t use microwave towers or the fiber-optic network, but use newer kinds of satellites, and they may be coming as soon as this year. 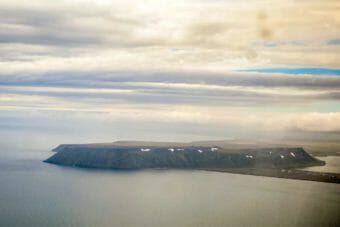 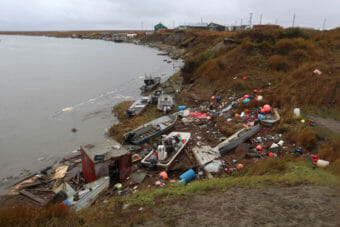