Public health officials have released a new report documenting hundreds of Alaskans who got sick with COVID-19 despite being vaccinated against it.

But the report comes with a counterintuitive conclusion, according to officials who worked on it: They say it reinforces the urgency of upping Alaska’s stalling vaccination rates.

“What I’m worried about is the non-vaccine breakthrough cases,” she added. “If those numbers keep going up and up, relative to what’s going on with vaccination coverage, that’s what makes me nervous.”

The new report comes as Alaska and the rest of the U.S. contend with spiking COVID-19 case rates — and with a strain of the virus, the delta variant, that scientists say is far more contagious than the original type.

Scientists also say, however, that the vaccines approved for use against the virus appear to be only slightly less effective against the new strain, and still provide strong protection from severe disease and death. And research suggests that the shots may also make it less likely for vaccinated people to spread the virus even if they test positive.

Those are all reasons why Alaska public health experts say that for the vast majority of residents, the benefits of vaccination far outweigh the risks.

They say that the vaccines were never advertised as being 100% effective — Pfizer’s shots were said to be 95% effective, Moderna’s 94% and Johnson & Johnson’s 66%. And they say that their new report on breakthrough cases shows that they’re not happening at a rate that’s surprising or worrisome.

Officials say it’s imperative that Alaskans digest the new report on vaccine breakthrough cases with the context of case, hospitalization and death rates among unvaccinated people.

The new bulletin documents 656 cases of COVID-19 in fully vaccinated people between February and June, which included 17 people who were hospitalized and two who died — though those two people had “substantial” pre-existing conditions, the report said. The report also noted that of those 656 cases, 38% were in people with no symptoms, who could have been tested for work or travel.

Over the same period, the state recorded 14,906 cases among unvaccinated people, along with 391 hospitalizations and 58 deaths.

The 656 breakthrough cases of COVID-19 represent 0.2% of the 300,000 Alaskans who were vaccinated during the period covered by the report. But that tiny fraction of cases may be looming larger in the minds of Alaskans because of the way vaccine breakthroughs can often be announced on social media or elsewhere, according to Jennifer Meyer, an assistant professor of health science at University of Alaska Anchorage.

“It’s kind of an illusion that’s created that somehow these breakthrough cases are common, when they’re not,” said Meyer, who’s worked on public health communication efforts during the pandemic.

Officials say they’re continuing to stress the importance of vaccinations as fewer Alaskans have been getting the shots.

Early in the country’s vaccination campaign, Alaska had one of the top rates among the 50 states. But it’s now fallen into the bottom half, with vaccination rates for eligible residents still sitting below 50% in several pockets of the state — from Fairbanks to the Mat-Su to the Kenai Peninsula Borough.

Recently, roughly 325 residents have been getting vaccinated each day, state officials say, compared to as many as 10,000 early in the vaccination campaign. At that pace, it could take years to vaccinate the rest of Alaska’s eligible population.

Alaskans involved with the vaccination effort say that demand hasn’t fallen off completely, even in areas where enthusiasm has been tepid. In the Mat-Su, there’s still a “steady stream” of people getting the shots, said Rene’ Dillow, a public health nurse there.

And on the Kenai Peninsula, “we’re chipping away at it,” said Justin Ruffridge, a pharmacist who’s running a clinic in Soldotna that’s dispensing some 10 vaccines a day.

“I really, legitimately thought our walk-in clinic would be a boring operation for the folks running it,” he said. “But it really has not been — they consistently are doing shots every day.”

But McLaughlin, the epidemiologist, said the state’s vaccination progress has “really plateaued.” Officials would like to see the numbers much higher, particularly as the delta variant gets a strong foothold in Alaska, he added.

“That’s the big goal that we have. And in terms of how do we focus the messaging in such a way that maximizes the likelihood that people will get vaccinated? It’s a very tricky question,” McLaughlin said. “I don’t have a good answer for how to do that — I don’t think anybody does.” 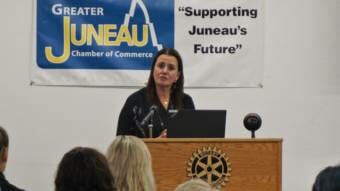 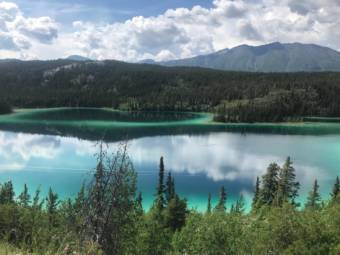