When most people think about Alaska, they think about hunting and fishing, wilderness and harsh conditions, subjects typically portrayed on the wide swath of TV shows depicting “reality” in Alaska. But a new spin on reality TV has come out of Kotzebue, with Aaron Phillips fresh back from filming “The Ultimate Fighter TUF29.”

Phillips says growing up in a remote, rural Alaska community is a difficult thing to explain to anyone who hasn’t spent time in those areas. Especially one as far-flung as Kotzebue.

“The weather here, I feel like, made me a lot tougher, my mental game a lot tougher than most people,” Phillips said. “I think a lot of people around here are really tough in their own way.”

Especially when you “gotta put on all of your clothes in the morning just to take out the dog,” Phillips says.

After wrestling in high school and college, he came back to Kotzebue where he was living a normal life, working and staying in shape. That all changed when he started boxing with his older brother, Kelson.

“If he’s gonna do it, you know, why don’t I?” Phillips thought to himself.

After trying his hand in the boxing ring, Phillips decided MMA was a better fit for him due to his wrestling background and he got a spot in an amateur match. A few Alaska Fighting Championship bouts later, he was hooked, and so were the talent scouts who accelerated his career right past amateur fighting.

“They asked if I wanted to go pro and I didn’t know any better,” Phillips said.

Phillips says the lead-up to a fight can be a much harder battle than anything that happens once the cage door closes.

“There was a lot of anxiety and stuff going into weigh-ins and going into the fight. My mind always rushes to ‘things can go really bad, Aaron, why are you doing this?’ The feeling of going up there is kind of like being on that Slingshot ride. When I’m in there, it just kind of goes away,” Phillips said. “That fear and everything. It’s just like, all right, we’re here. This is the fun part. In the buildup to a fight, I have all that anxiety and stuff, which kind of helps me grow as a person outside of MMA.”

The closest thing Kotzebue has to a fighting gym is the community rec center, where Phillips spent a fair amount of time but he says he has done the majority of his training alone in his Mom’s garage on his own equipment. He mainly learned about MMA fighting by relentlessly studying YouTube videos.

“It’s a lot about putting a lot of hours into it in the last three years,” Phillips said. “There are a lot of things you can do to stay in shape like a lot of the stuff could be like Rocky Balboa stuff you know. Like going out and doing chores that can help out.”

After three years of training in very unconventional ways, Phillips was doing well in the AFC ranks. He decided to apply to be on “The Ultimate Fighter TUF29” reality TV show with the hope that it would give him the exposure he needed to ratchet his fighting career up to the national level. Prior to knowing if he’d be on the show, he left Kotzebue for Denver and trained for a month with his management team, Dodge Sports.

“Four or five days before [filming was scheduled to start] they just let us know and they were like ‘alright, pack your bags and get ready to go to Vegas,’” Phillips said.

Once Phillips arrived at the “TUF house,” he began to realize just how different his journey to the show was from the other fighters. The others had access to professional fighting gyms, trainers, and mentors.

“I’m up here like shadow boxing for an hour and a half by myself,” Phillips said.

But coming from such an isolated and rugged place also prepared Phillips in ways that the others might not have experienced.

“Not having phones [during filming] I think really played a big mental game on a lot of people,” Phillips said. “Not having a phone or TV or anything to kind of drown out the emotions and feelings of just being in a house with 16 guys you’ve got to fight.”

Sixteen fighters out of more than a thousand applicants were selected to join the show, which started airing June 1 and continues for 12 episodes every Tuesday night on ESPN+.

“It’s really a catapult for any fighter to be on that show,” Phillips said. “For me, it’s been an amazing experience.”

Phillips said it was a bit of a bummer that he didn’t know he was going to be on the show sooner because he could have shown off where he was from more, but that was his only complaint.

“After the show, we’ll be able to pick and choose our battles,” Phillips said. “It’s been a grueling process but I’ve loved every minute of it. I think I’m ready for skydiving now.”

Phillips, his girlfriend Amelia, and their three dogs are planning on moving to Houston, Texas where he will train at a gym with a friend he made on the show. He’ll be focusing full-time on training as a fighter and is eager to see what opportunities come his way after his experience on “The Ultimate Fighter.” 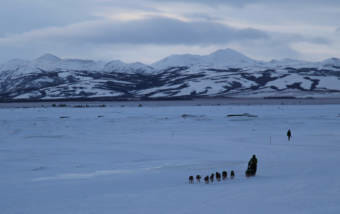 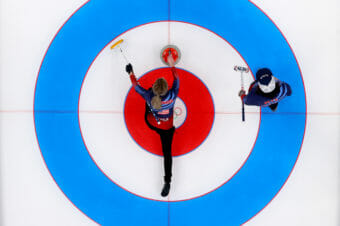