Albert Kookesh, the Tlingit leader, Indigenous rights advocate, culture bearer, politician and basketball player, died Friday at 72. His death is reverberating across the state and his home region of Southeast Alaska.

Kookesh was fighting prostate cancer, and after being treated at a hospital, his friends said he made the decision to return to his home village of Angoon on the west coast of Admiralty Island.

With his health failing, Kookesh made it known that people were invited to visit, and they came in droves to a town that’s only accessible by float plane or boat. Two commercial seining boats brought visitors from Kake and Juneau.

“I was told in one day, there were 13 flights that came in,” said Rosita Worl, a longtime friend and colleague of Kookesh. “Many, many people loved him.”

Kookesh’s friends described him as a man of the people.

He ran a lodge in Angoon, served a combined 16 years as a Democrat in the state House and Senate, advised two governors, chaired the Alaska Federation of Natives and spent decades on the board of Sealaska, Southeast Alaska’s regional Native corporation.

But he was first known 50 years ago as a college basketball player at Alaska Methodist University — now Alaska Pacific University — in Anchorage, where he made up for his relatively small stature with quickness and grit.

“Despite his 5’6” size, he is still scrappy, surprising many an opponent with his dazzling speed, flashing hands and outstanding hustle,” an Anchorage Times reporter wrote in a 1970 team profile.

Former Kotzebue Democratic Rep. Reggie Joule said Kookesh was still serious about basketball in the late 1990s, when they served in the state House together.

“Albert would go into the gym every single day, and he would shoot at least 500 shots,” Joule said in a phone interview Friday. “Albert, once he decided to take something on, he didn’t do it halfway.”

Kookesh was long involved with the Alaska Native Brotherhood, which fought for civil rights and Native land claims. But he had to push his way onto Sealaska’s board a few years after its founding.

He was initially elected as part of a slate of dissident candidates who called themselves “Operation David and Goliath” because they were challenging the existing board.

“He wasn’t just anointed a leader. He worked for our people, and through that work became recognized as a leader,” Worl said.”It wasn’t a job for him. He was doing that before he got on the Sealaska board or on the Alaska Federation of Natives.”

Kookesh kept his Sealaska seat, without a break, for 45 years. Over that time, he helped establish some of the corporation’s formative policies, working with other early Sealaska leaders.

Among them was the creation of an elders trust that pays shareholders $2,000 when they turned 65. He also helped set the policy of issuing new Sealaska shares to Indigenous people born too late to qualify under the original terms of the 1971 Alaska Native Claims Settlement Act.

Kookesh was instrumental in helping Sealaska to get buy-in for those ideas, since shareholders had to approve them, current corporation officials said.

“What he brought was a constant finger on the pulse of the people. Because these were things we had to take to the people to get on the ballot and move,” said Joe Nelson, Sealaska’s current board chair.

Kookesh was also a longtime advocate for Alaska Native subsistence rights, both with AFN and personally.

In 2009, he was ticketed along with other Angoon fishermen for catching more salmon than their state permits allowed.

Kookesh, who had a law degree but never practiced as an attorney, said he wasn’t fishing at the time. But he “asked to be cited with the others so he could be part of the challenge of what they saw as an unfair and arbitrary regulation,” the Anchorage Daily News reported.

Kookesh and the other fishermen appealed the charges all the way to the Supreme Court, which overturned them six years later. Justices ruled that the 15-fish limit was invalid because the Alaska Department of Fish and Game failed to give the fisherman adequate public notice and opportunity for public comment.

Kookesh, who had five children, later said that his goal was challenging the premise that a 15 fish was enough to feed families through winter.

“Let me see any of you try and live the life of a whole salmon season, a whole winter, on 15 fish. Especially if you have a family of 10 or five,” Kookesh told participants at a 2016 conference about salmon. “The progress of an Alaska Native in Alaska can be measured by our success in the courts. Nobody ever gave us anything. We had to sue for it.”

Kookesh was known for being occasionally sharp-elbowed in Alaska’s political arena. In 2010, a legislative ethics panel found probable cause that Kookesh broke Alaska ethics laws by suggesting he would block state spending on a Southeast Alaska village if its city council opposed federal legislation to transfer land to Sealaska.

The panel recommended no sanctions, however, beyond a letter of apology, saying that Kookesh’s statements did not benefit him.

“I look at it as he fought for what he knew was right,” said Anthony Mallott, Sealaska’s current chief executive, said in an interview, noting that his father, former Lt. Gov. Byron Mallott, had the same reputation. “They were statesmen, but passionate ones. And passion can come out as very direct.”

“Our staff would love it when he would come to lunch, because he would always tell these stories,” she said. “They had meanings, and they had lessons in them.”

Worl also described how Kookesh held a ceremony just before his death to begin the process of passing on two traditional Tlingit names.

Kookesh passed his own traditional name, Ka’sháan, to Nelson, the Sealaska board chair. He passed another traditional name to Mallott that was previously held by another Tlingit leader, Clarence Jackson.

Kookesh’s clan still must validate those choices, according to Nelson.

But the decision to hold the naming ceremony before his death revealed something about Kookesh himself, Mallott said.

“It was something he wanted to do, and it was, in his mind, the right thing to do,” Mallott said. “And nothing was going to stop Albert from doing the right thing.” 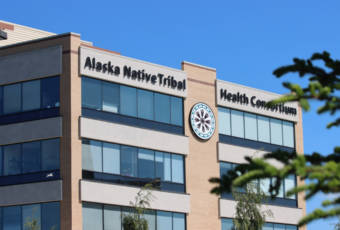 At AFN convention, families of people who died from cancer urge early screenings

A report released earlier this year found that one in five Alaska Native people dies from cancer. 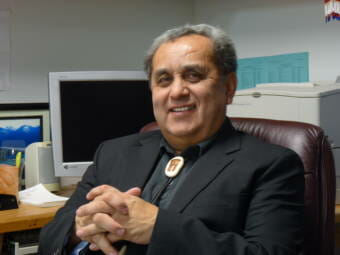 The memorial service for Kookesh will be held at 6 p.m. on Friday, June 4. 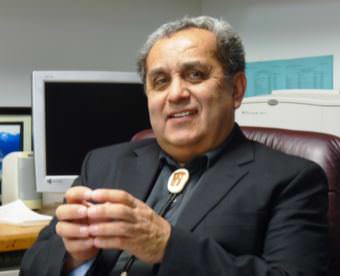 Kookesh was a legendary figure in Southeast Alaska, starting as a star basketball player at Mount Edgecumbe High School.