Juneau’s high school seniors are graduating this weekend after facing the unprecedented challenge of finishing high school during a global pandemic.

The circumstances brought canceled plans and disrupted learning. But for some, it led to a whole new path in life.

Yarrow Platt is graduating from Yaaḵoosgé Daakahídi Alternative High School. This was a year of transitions for her.

Amidst all the chaos, she says the switch to distance learning at Juneau-Douglas didn’t work out for her.

“I was already kind of struggling academically a little bit. After having had to move to Juneau from Gustavus for the first time in my life at 15, also, which was a little crazy, by myself,” Platt said.

It was only after she transferred to Yaaḵoosgé that she really felt at home.

“Honestly switching to this school. I think that’s been one of the best things that’s happened to me this whole year,” Platt said.

Platt says the pace of classes and the teachers really helped her through this last semester. And her resilience paid off. After all her hard work, she’s graduating a year earlier than expected.

“I feel like after all, like, the difficult things, I finally accomplished something and I was able to do something good,” Platt said.

Platt wasn’t the only one who struggled to get the hang of distance learning this year. For Chemery Marte, a senior at Thunder Mountain High School, life before the pandemic was hectic but fun. It was also something she took for granted.

“I really enjoyed learning in person. I didn’t really know how important it was to me before the pandemic, but having it in person was just wonderful,” Marte said.

That all ended when the pandemic hit.

“I felt like my room was a prison at some point. Because every day was: get up, go online, go eat something, and then go back to bed. It was something that was so hard for me to do continuously, every single day,” Marte said.

On top of the stress of learning from home, her plans to go to college in the Lower 48 were derailed.

“Juneau kids really want to go out and just explore the world before coming back and settling down and that was my plan,” Marte said.

That didn’t happen so, Marte went with her backup plan to stay in Juneau for two years and go to the University of Alaska Southeast.

The pandemic wasn’t a negative experience for all of Juneau’s graduating seniors.

Logan Miller is a senior at Thunder Mountain. Like his peers, he had a difficult time adjusting to distance learning, along with canceled soccer practice.

“I felt like I didn’t have as much energy. I didn’t feel as motivated. I wasn’t as happy I’d say,” Miller said.

But Miller says he turned that negativity into a learning experience. Miller learned to work out on his own, in hopes that someday he could play college soccer.

It was that self-motivation that helped him cope with all the adverse impacts of the pandemic.

“That like, kind of changed, like my whole outlook on stuff. I felt like, more energized and happier and healthier and just getting ready for soccer again, and I felt really good,” Miller said.

Like many of Juneau’s graduating seniors, Miller was forced to live through the last year of high school with stressors that no other generation has had in recent history. But the positive lessons he learned will stick with him for the rest of his life. 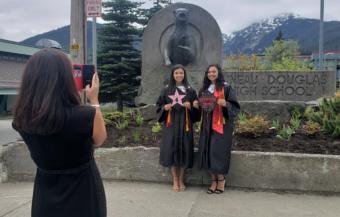 The next three graduating classes will have to earn half a credit less than the classes before them in order to graduate. 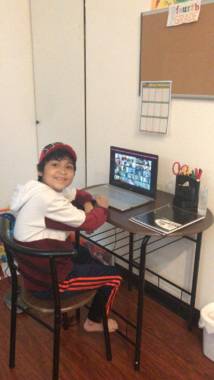 Most programs will focus on language arts, math and science, but some art, and P.E. options are available as well. 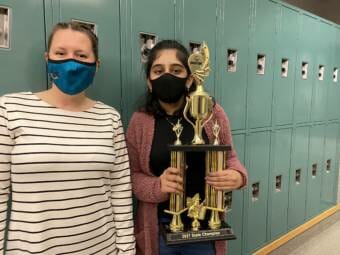 After all the learning challenges this year brought on, Dzantik'i Heeni Middle School teacher calls the win a 'glimmer of hope.'