A state corporation is in the middle of making another big push to try to get an 800-mile-long natural gas pipeline built from the North Slope to the Kenai Peninsula.

It’s a massive and complicated project that’s been talked about for decades.

Supporters say it will be good for the state’s economy and for energy costs. But critics argue that it’s way too expensive, and it’s time to give up on the pipe dream.

“There’s just no money in it. It’s never worked out. It’s never gotten built,” said Larry Persily, who was tasked under former President Obama with trying to get an Alaska gas line constructed.

“I’ve been sitting in numerous and daily Zoom and Teams meetings, presenting the project and talking to potential investors, keeping people informed,” he said.

The project, Alaska LNG, involves building three big parts: A gas treatment plant on the North Slope, a pipeline down to Cook Inlet and a giant plant in Nikiski, where the gas would be liquified so it could be shipped out and sold.

Richards said the pipe would move the gas that’s already being pumped out of the ground on the North Slope, but is — as he puts it — stranded there.

“That natural gas comes up with the oil every day and must then be recycled back down into the reservoir,” he said.

If the gas can be piped out, some could stay in the state to generate electricity and heat homes, while some could go to the liquefaction plant on the Kenai Peninsula, he said.

“We would have energy delivered to Alaska, but also be able to have the financial reward of selling those natural resources to markets where they’re needed,” Richards said.

It’s not a new idea.

People started talking about building a gas pipeline soon after natural gas was discovered at Prudhoe Bay in the late 1960s.

But it never worked out. It’s expensive to build, and that’s still a major issue today. The Alaska LNG project is estimated to cost $38.7 billion.

Richards’ next steps include finding companies to take over pieces of the project. He also hopes to secure more funding. The corporation is asking the federal government for almost $6 billion to pay for the project’s first phase: A roughly 500-mile pipe that would run from the North Slope to Fairbanks, where the gas could be used locally.

“The notion of the federal government spending billions of dollars to underwrite, to subsidize a fossil fuel pipeline to the Arctic is preposterous,” he said.

Persily worked as the federal coordinator of the Alaska Natural Gas Transportation Projects from 2010 to 2015, trying to get a gas pipe built from Alaska’s North Slope to the Lower 48.

He said the economics just don’t make sense. Companies will always invest in projects with the least amount of risk and best potential for profit, he said, and Alaska’s LNG project doesn’t stack up.

“I do feel bad for the people who are working on it and want it,” Persily said. “It’s just, you know, I wanted to be a pitcher in baseball. At some point I realized I’m 70 years old and I’m probably not going to be a major league pitcher. I need to move on.”

Persily argues that it’s time for the state to let go of the natural gas line,and stop funneling money into it. Since 2010, the corporation has received roughly $630 million in state funding.

“Every governor, every candidate for half a century has told people it’s coming,” Persily said about the gas line project. “And of course, we want it to come: It’s revenue, it’s jobs, it’s more royalties and tax dollars, and our life can go on happily ever after. So there’s no reason not to want it. But it’s time just to wake up.”

Richards, with the state corporation, strongly disagrees. He believes now is the time to build the gas pipeline.

The project, he said, will mean lower energy costs for Alaskans and thousands of jobs, plus more revenue for the state government. Also, he said the corporation has the environmental permits it needs to get building.

“We had received in 2020 literally all of our federal authorizations and permits necessary to construct the Alaska LNG project,” he said.

While there’s no sign of money for the gas pipe in President Biden’s infrastructure plan, Richards described himself as “ever the optimist” and said a lot could change between now and when the plan is finalized by Congress.

Even if Congress doesn’t add the funding, he said, the project is not dead.

“The project is not contingent on receiving those funds,” he said. “That was just an option that we represented, that would benefit the state and would ultimately help the project in terms of its economics, should there be that infrastructure funding.”

Without the federal help, private companies would have to foot more of the bill. The idea is that the corporation would hand over the gas line project to the private sector.

Richards said he’s talking to companies that want to take over different pieces of the project.

“They would not continue if they thought this was not a viable project,” he said.

Who those companies are is still a secret. The corporation said it won’t reveal their names yet because negotiations are ongoing and confidential.

The goal is to announce the companies later this year, said Richards. He said the state will also have to decide what stake it wants to keep in the project, if any. 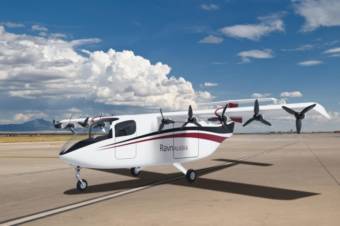 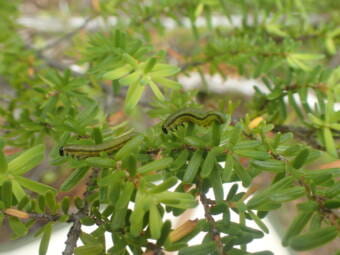 Tiny insects ate the needles off a half million acres of Tongass hemlocks. Most of the trees will be fine.

Scientists are tracking the damage. They want to know the extent of the forest affected and how many trees don’t pull through.