Cruise lines with small ships are planning a 2021 season, with the first stops in Petersburg scheduled for early June. Some are requiring vaccination for COVID-19 for their passengers and crews. And some of those fully vaccinated ships are not planning to disembark their passengers in small communities like Petersburg, at least to start the season.

There are a total of 66 port calls on Petersburg’s schedule this year, with three companies planning stops. Those cruise lines have U.S.-flagged ships of under 250 passengers, so they’re not impacted by the federal law that makes an Alaska season for larger ships unlikely.

Two of the three companies on the schedule say they’re requiring vaccination for passengers and crew.

“That really just came about to ensure maximum safety aboard our vessels as we restart and to minimize any potential interruptions that could occur during the course of the cruise,” said Zak Kirkpatrick, director of marketing and public relations for Sitka-based Alaskan Dream Cruises, which announced the requirement in March.

Alaskan Dream ships plan stops in Southeast communities large and small, and Kirkpatrick said passengers will disembark and circulate if municipalities are willing.

“We will always go with the comfort level that we’re hearing from the voice of these communities,” Kirkpatrick said. “We don’t have any plans to have any tight bubbles for our guests. We’re hoping that we’re able to, even though we’re a much more limited pool of visitors than if the large ships would have come, we hope that these guests can get in and like always support communities, support the local retailers and provide some sort of economic value.”

Alaskan Dream will operate its ships at full capacity, ranging from 40-76 passengers on three different boats planning stops in Petersburg. At the moment it’s also planning testing on top of vaccination, although that could change as the guidance does.

Cruises offered by partner companies Lindblad Expeditions and National Geographic are also requiring vaccination for passengers and crews. Craig Moylan, Lindblad’s director of expedition development for North and Central America, said the decision was based on widespread availability.

“Overall the vast majority of our guests have either already received vaccinations or will be able to prior to the season,” Moylan said. “Before we put in the vaccine mandate, we went out and surveyed past guests, and they were overwhelmingly in favor of requiring vaccines for cruising and feeling that confidence on board.”

Even with vaccination, Moylan said those ships will start off the Alaska cruise season not disembarking in Petersburg.

“We’ll come in. We buy our seafood from Tonka Seafoods and we buy a number of herbs and hearty greens from Farragut Farms and others so. We’ll still come in to provision, but we won’t have guests come off the ship for Petersburg in particular,” he explained.

The company does plan controlled port calls in Sitka and Juneau but will focus on excursions in more remote parts of the region. For the Petersburg area, that means hikes on nearby Kupreanof Island.

“So historically we have hiked over on Kupreanof. That’s what our plan is for this year, is to bring our guests over to Kupreanof Island for the hike in the muskeg while our crews are loading on the provisions,” Moylan said. “So our plan would be to zodiac across and do hikes there. While ashore all social distancing is enforced, masks are required and such, so we’ll be as careful as we possibly can be over there.”

National Geographic ships stopping in Petersburg range from 62 to 100 passengers maximum, and those port calls also start in early June.

A third company, American Cruise Lines, is strongly encouraging vaccination but not requiring it, according to the company’s website. It did not have anyone available to interview but referred to protocols for the 2021 season posted on their website. Their ship, the American Constellation, has capacity for up to 175 passengers. Those who aren’t vaccinated will have to show a recent negative test result. And that company does plan to have its passengers disembark in communities.

Another company that doesn’t have stops planned here but will be going past Petersburg, UnCruise, also says its requiring vaccination and plans port calls in Ketchikan and Sitka.

Cruise companies and others say there’s pent up demand for travel to Alaska.

Dave Berg is co-owner of Viking Travel in Petersburg and works with the cruise companies calling here. He’s optimistic there will be a 2021 season and thinks locals will be able to avoid close contact with visitors if they want.

“If you’re in the mood to not interface with visitors in town, you know that schedule will be available, and you can choose to avoid contact with people. But I tend to think that the ships that are operating are going to encourage their passengers to be wearing masks kind of like what we are doing locally and keeping their social distance to keep infection rates low,” Berg said.

Berg said with the season looking unlikely for larger ships, it’s more difficult for his travel agency to find shore excursions in other Southeast communities that normally see boats with thousands of passengers. 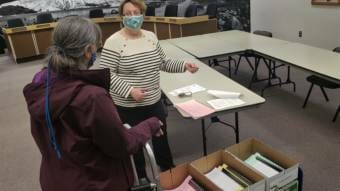 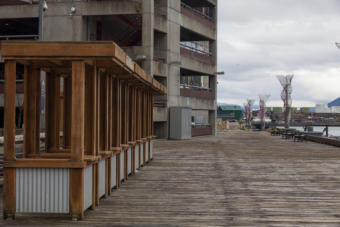